Citizenship of Saint Kitts and Nevis: Changes in the Program 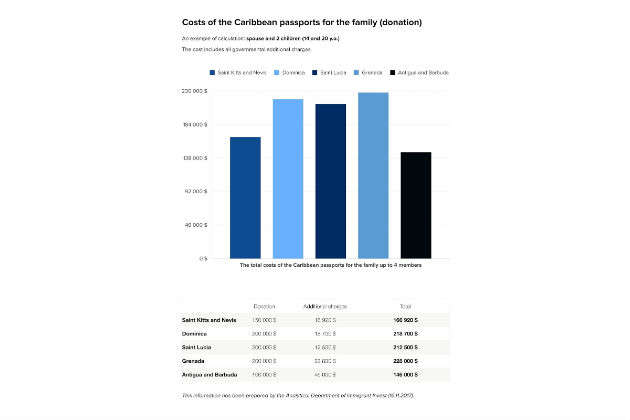 In the fall of 2017, certain alterations have been made to the Citizenship-by-Investment Program of Saint Kitts and Nevis. The government decreased the amount of investment to the program by 40% for single applicants and by 50% for families.

These alterations will be valid for six months only. The government expects that such measures will help to prompt collection of sufficient money to the Hurricane Relief Fund.

Les Khan, CEO of the St. Kitts and Nevis Citizenship Investment Unit, initiated the creation of this fund.

The government supported his initiative by establishing the Fund on the 23rd of September. It is planned that all donations collected by the fund would be distributed in accordance with the applications from the victims of hurricanes.

Reference: The hurricane Irma was given the 5th (the maximum) hazard level. The island of St. Martin in the Caribbean took the brunt of casualties. About 95% of the entire infrastructure on the island was destroyed. The evacuation of all local residents and tourists was conducted in 17 regions of Dominica.

Antigua and Barbuda has also suffered a major blow. Half of Barbudas citizens remained without the roof over their heads. The Hurricane Irma was followed by the Hurricane Maria.

Authorities in Guadeloupe, Dominica, Saint Kitts and Nevis, Montserrat, and Martinique have announced the increased state of alert.

"The program for citizenship of Saint Kitts and Nevis is one of the oldest: more than 10 thousand investors have already received the passports of this country through this program.

This island is one of the largest and most developed among other islands in the region that offer citizenship through investment.

That is why the fee for participating in the program has always been the highest among similar programs. Now, due to the cost reduction, the Saint Kitts and Nevis program became the most attractive and popular.

In case of single investor application to participate in the program, the programs of St. Lucia and Dominica would still be the most suitable in terms of the price: the cost of participation will be approximately $130 thousand.

If the investor decides to include family members in the application, the Saint Kitts and Nevis program becomes more beneficial. Passport for the entire family (the parents and two children) will cost $190 thousand."

For those who want to acquire the citizenship

Now it is ideal period of time to acquire the Caribbean citizenship for yourself and your family. The prices are almost two times lower while the conditions for participating in the program remained almost unchanged. Make comparison and find out how much more beneficial it has become to get the citizenship for several applicants.

Spouse, children under 25 years old and parents older than 65 years old are considered as additional applicants.

Timothy Harris, The Prime Minister of Saint Kitts and Nevis, noted in his comments on these changes that the hurricane season was not over yet and the government would like to be able to help its citizens, and allocate funds for the prompt recovery of the economy.

Due to these hurricanes, the island suffered economic losses of approximately $150 million. There is a possibility that, in the future, the fund will be able to support neighboring countries in the Caribbean region that were also affected by the hurricanes in the course of this season.

What is happening in the neighboring countries?

Taking into account the experience of Saint Kitts and Nevis, the government of Dominica has also slightly altered the requirements and conditions for participation in its program. They will be in effect until March 31, 2018. The following categories of people can participate in the program.

Dependent children of the applicant, aged 30 years or younger (previously - no older than 26 years).

Parents or grandparents of the applicant provided that one of them is over 55 years old and is dependent on the applicant. The age of the second parent is irrelevant (previously - only for parent older than 55 years).

The cost of the following procedures was also decreased:

However, while the amount of contribution remains unchanged, the changes that were adopted in Dominica are not as significant as in Saint Kitts and Nevis.

HONG KONG: To keep the city connected with the rest of the world, while ensuring an "orderly opening-up," Hong Kong ...

NEW YORK, New York - U.S. and global stocks continued falling Friday in a dismal end to the week. The ...