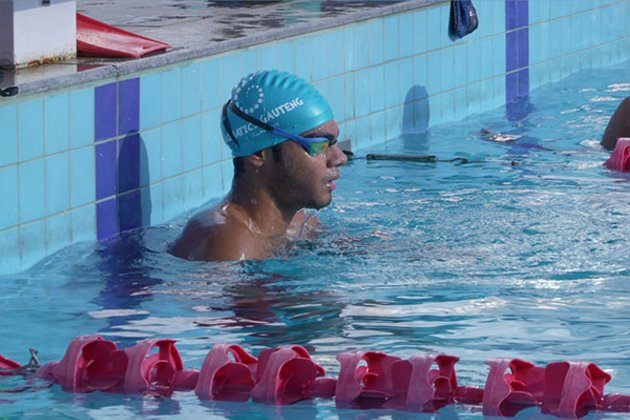 Ahmedabad (Gujarat)[India], September 23 (ANI): Gujarat's swimmers, after undergoing a rigorous training camp, have set themselves a target of more than a dozen medals in the 36th National Games that got underway in Surat on Tuesday with table tennis action."We have some very bright medal prospects and we hope to bring home the most medals from the pool," Kamlesh Nanavati, Gujarat team coach and vice-president of the Swimming Federation of India, said."People's expectations from Tokyo Olympics participant Mana Patel, Asian Games and Commonwealth Games representative Anshul Kothari, Junior World Championship participants Aryan Nehra, Aryan Panchal and Devansh Parmar are very high. I think we will return with a big haul," he added.

As many as 50 medals are at stake in swimming, which will be held in Rajkot from October 2.The swimmers have received full support from the government and have been training at the state-of-the-art swimming pool at the Savi Sports Complex in Ahmedabad for weeks.Dhruv Vyas, the supervisor of the camp and the Gujarat team's assistant coach, revealed that the practice session starts at 5 AM every day. "Warm-up, different swimming sessions, physio, diet and all other necessary things are being taken care of throughout the day by the government. Equipment like paddles pull buoys and snorkels have also been arranged to ensure that the players train using all modern techniques," he said.

The proactive role played by the government has been appreciated by players and coaches. And they believe that the state will reap dividends in the form of medals.

The players, on the other hand, can expect double the prize money that they have been receiving so far.

Coach Kamlesh Nanavati pointed out that some veteran swimmers rested during the National Swimming Championship to be in their best shape for the National Games.