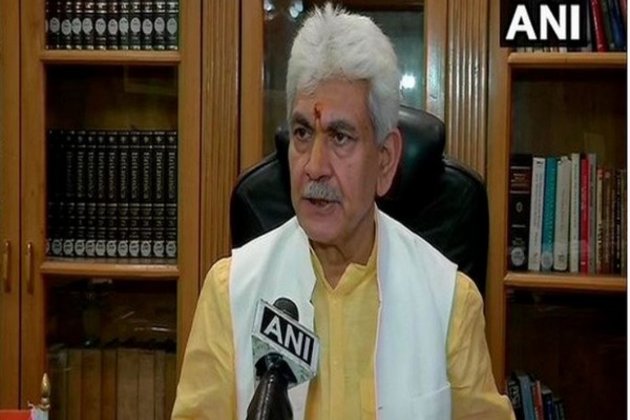 Taking note of the situation, LG Sinha assured of punishment to the miscreants.

"Strongly condemn the cowardly terrorist attack on labourers in Pulwama. My sincere condolences to the family of Mohd Mumtaz in this hour of grief. Praying for the early recovery of the injured. I assure the people that those behind this despicable attack will not go unpunished," tweeted the official handle of the LG of Jammu and kashmir.

His remarks came after one labourer died and two others were injured in a grenade attack by terrorists in Jammu and Kashmir's Pulwama district on Thursday night.

The Police said that both the injured labourers are stable.

The Police had cordoned off the area.

"Terrorists hurled grenade on outside labourers at Gadoora area of Pulwama. In this terror incident, one labourer died and two others were injured. Area cordoned off. Further details shall follow," Kashmir Zone Police said in a tweet.

The deceased labourer has been identified as Mohammad Mumtaz, a resident of Sakwa Parsa, Bihar.

The other two injured are also residents of Bihar.