Swarms of election-deniers standing for Congress, and government legislatures 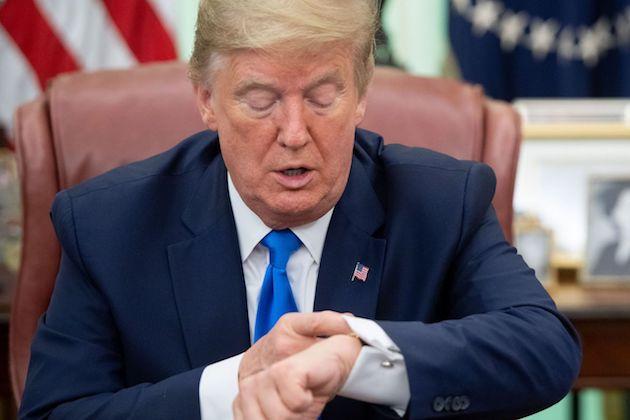 Three months before the 2022 general election, momentum is tangibly growing for holding Donald Trump and Trump Republicans legally accountable for a range of criminal activities tied to their ultimately violent effort to overturn the 2020 presidential election.

But Trump's stepchildren-scores of current candidates who won't accept the 2020 election's outcome and want to control future elections-will be on this fall's ballots, underscoring that the anti-democratic threats posed by Trump Republicans have evolved and are not over.

"It's time for every American voter to pay attention," said a July 28 update by States United Action, a bipartisan organization opposing election deniers and defending the representative government. "These aren't just fringe candidates. Election lies are showing up in the platforms of politicians with years of government service as well as candidates seeking office for the first time."

As of July 28, 22 states and the District of Columbia have held their 2022 primaries. More than 60 percent of secretary of state contests, whose responsibilities include overseeing elections, and 40 percent of races for governor and attorney general "currently have an Election Denier candidate on the ballot," States United Action reports. Their tally does not include scores of like-minded candidates seeking state legislative races and even law enforcement posts.

"This is America versus Trumpism," as one analyst said during a late July briefing that sought to tie the impact of the hearings by the House Select Committee to Investigate the January 6 Attack on the United States Capitol to the less-widely recognized stakes in 2022's general election.

"Across the country, politicians who won't accept the result of the last election are seeking control over future elections," States United Action said. "Election Deniers are now seeking these jobs and positions across the country in a coordinated attack on the freedom to vote."

In coming weeks, political media may begin to assess the political paradox of looming threats by GOP authoritarians to expand their gains since 2020-which include passing 50 state laws that "politicize, criminalize, or interfere with elections"-against the prospect that Trump and his gang may at last face criminal charges for their failed coup.

In August, numerous states will hold primaries with election deniers seeking the top statewide offices-governor, attorney general and secretary of state. Those primaries include Arizona, Kansas, Michigan, and Missouri on August 2; Wisconsin on August 9; and Florida on August 23.

Meanwhile, the January 6 committee's investigations have shifted public opinion. When their hearings began in June, there were still questions-at least among independents and moderate Republicans-about whether Trump and his enablers had committed crimes and whether the public would pay attention. After eight hearings, which will resume in September, it is clear that growing numbers of Americans are watching. There is no doubt Trump led an ultimately violent criminal conspiracy to overturn the presidential election, and the pressing question is whether there will be accountability under state and federal criminal codes.

The momentum for accountability also can be seen in revelations that the Department of Justice is questioning a larger circle of Trump allies, including his Cabinet. At the same time, missing texts surrounding Trump's actions on January 6 have grown from the Secret Service guarding Trump to top Department of Homeland Security officials. In Georgia, Fulton County District Attorney Fani Willis has alerted many Trump aides they may face prosecution.

Election lawyers tracking these developments say that criminal charges are likely to first appear in Georgia-possibly before the general election. The DOJ is expected to act after the election (unlike in 2016 when the FBI in late October reopened its inquiry into Hillary Clinton's emails).

"Sixty percent of Americans say that they were not patriots, and 63 percent say they were not bystanders," pollster Celinda Lake said at a late July briefing by the Defend Democracy Project, a Washington-based group dedicated to the principle that voters determine election results.

However, as the focus expands from holding the coup plotters accountable to countering ongoing power grabs by Trump Republicans, the challenge gets more complex.

In GOP-majority state legislatures, these authoritarians used 2020 stolen election lies and old cliches demonizing Democrats to pass new laws criminalizing small errors in the bureaucratic tasks conducted by election workers and established get-out-the-vote routines by campaign volunteers. The most common focus of the punitive laws is limiting the use of mailed-out ballots and restricting voters' options to return them legally.

A related threat concerns a case the U.S. Supreme Court will hear this fall. It involves the radical right-wing legal theory that was at the heart of Trump's failed coup, the so-called independent state legislature doctrine. Its most extreme version claims that the Constitution only empowers state legislatures to set election rules and run elections: not state constitutions, state supreme courts, gubernatorial vetoes, election boards or citizen initiatives. (Trump's forged Electoral College certificates in seven states sought to delay Congress on January 6 and redirect the certification of 2020's winner to GOP-majority state legislatures that would have backed Trump.)

These new laws and legal gambits are based on old lies and partisan prejudice. Since the 1980s, Republicans have been claiming that Democrats can only win if they fabricate voters and votes-so-called voter fraud. But Trump's stolen election lies and failed coup, which can be called election fraud, have been seized upon by pro-GOP opportunists.

Self-appointed election integrity activists have emerged and promoted themselves to Trump's base and right-wing media as superpatriots. These posers have raised millions from Trump voters by hawking conspiracy theories that have been debunked by credible Republicans. But their bogus analysis and lies, amplified by right-wing media, have enraged Trump's base.

The consequence is that violent threats against election officials have escalated and not abated. This targeting has roiled the previously boring and bureaucratic field of election administration, which typically consists of county-level operations staffed by local civil servants.

For example, on July 29, a Massachusetts man was arrested for an alleged bomb threat against the Arizona secretary of state's office. In Wisconsin, a pro-Trump sheriff in suburban Racine County is refusing to investigate pro-Trump activists who forged online ballot requests; they wanted to show the process was dishonest but instead were caught by election officials.

"The Republican election officials know the [2020] election was secure. They did a remarkable job. Most, if not all, of them, voted for Trump," he continued. "And now they find themselves under attack, and, unlike election officials in maybe deeply blue areas, when they go home at night, their own families and friends wonder if they helped steal an election because they have been lied to so much [by Trump and his boosters]."

Election officials have responded to this fraught new environment by tightening security and seeking to proactively reach out to local media and community leaders to try to bolster greater awareness that modern election administration is accurate and filled with checks and balances.

Numerous nonprofit groups have cataloged the danger signs and have sought to respond. CEIR, for example, has organized a nationwide legal defense network to assist threatened local officials. Neal Kelley, who managed the nation's fifth-largest election district in Orange County, California, is now working with the Committee for Safe and Secure Elections, which seeks to train local police to protect election officials and voters from illegal threats and intimidation. Grassroots groups like Scrutineers, which educates activists about election administration, recently conducted nonviolent conflict resolution training for election observers.

In many respects, defeating Trump Republicans in 2022's general election is seen by these advocates of fair elections and representative government as the most tangible line of defense before the 2024 presidential election. As the January 6 committee's disclosures continue and prosecutors move closer to indicting Trump Republicans for their 2020 actions, these and other pro-democracy advocates hope the public will put country ahead of party and vote this fall.

"An informed voter is a powerful voter," said States United Action. "Election Deniers are on the ballot in many state primaries in August, including all 11 primaries for secretary of state. And pro-democracy candidates of both parties will be on the ballot in the general election this fall. It's never been more important for our state leaders to believe in free, fair, and secure elections."

Steven Rosenfeld is the editor and chief correspondent of Voting Booth, a project of the Independent Media Institute. He has reported for National Public Radio, Marketplace, and Christian Science Monitor Radio, as well as a wide range of progressive publications, including Salon, AlterNet, the American Prospect, and many others.

This article was produced by Voting Booth, a project of the Independent Media Institute.