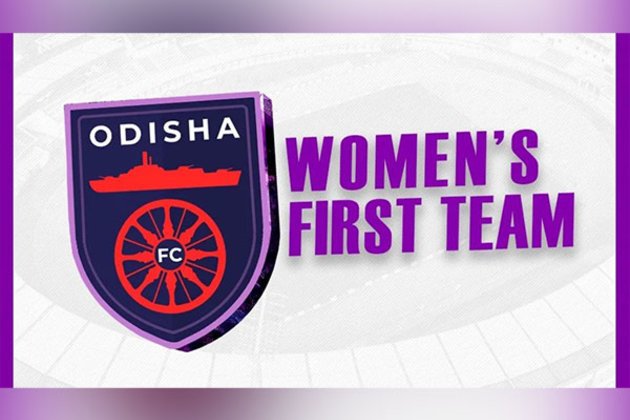 On the holy occasion of 'Rath Yatra', an auspicious day for all Odias, the Indian Super League (ISL) club from Odisha released a video to mark their entry into the Women's game, while revealing their Head Coach in a separate announcement shortly after.

The club has roped in A-Licensed coach and former player Crispin Chettri as the first Head Coach of the Women's team. Chettri had a successful season as the Head Coach of Sethu FC, ending his stint at the Madurai-based club as Runner-up in the recently concluded Indian Women's League (IWL).

Odisha is not new to the ex-Mohun Bagan player, as he was the Odisha State Women's team coach that had a successful run in the Senior Women's National Football Championship last year.

The aim to have a professional women's team from one of the major hotbeds of Indian women's football was always a clear ambition for the Club's owners. After the delay due to Covid-19, the club brought in experienced football administrator and former GM of NorthEast United FC, Randeep Baruah, to structure the women's football department. Randeep, who is currently the Head of AcademyWomen's Football at OFC, was working behind the scenes in the buildout of the Women's team for months.

Now the club is ready to take the next steps in its first professional season. Odisha FC Women will participate in the next Odisha Women's League, and compete to win the tournament and qualify for the IWL through the State Qualifiers.

They will face stiff competition from traditional powerhouses Odisha Police, East Coast Railways and newcomers Sports Odisha who participated in the recently concluded IWL. However, the club's ambition is to be a competitive team not only in a state famous for its women's football talent but also in the larger Indian and Asian Women's football context.

Club Owner Rohan Sharma recently shared his views on the Women's team in a Twitter post saying, "I'm very excited that OFC Women is starting officially! We are building a team to go for the IWL trophy. So, we aren't just checking a box to check a box."Club President Raj Athwal had a message for the club's supporters and well-wishers saying, "We are proud and delighted to launch the Odisha FC Women's team. The club are totally committed to providing a pathway for local girls to play the beautiful game and hope that our club can help grow the women's game in the state of Odisha."Coach Crispin Chettri dialed in earlier to say he was "... delighted to be part of the Odisha FC family and looking forward to work closely with the club to develop Women's football in Odisha."Taking stock of the prevalent good vibes Randeep summarized the day's announcements saying, "I'm really proud and excited to be able to launch this very important project for the club on such an auspicious day for our Odia friends. We've told everyone that we are here, and now we get down to work." (ANI)