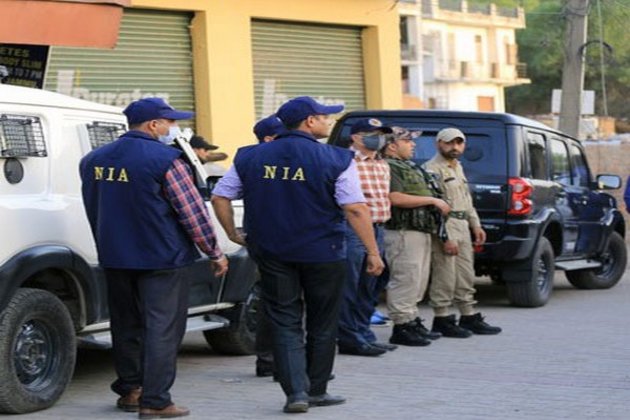 New Delhi, June 22 (ANI) The National Investigation Agency (NIA) on Wednesday carried out searches at seven locations in Punjab in the Improvised Explosive Device seizure case at Batrara toll plaza in Haryana's Karnal in May this year.

The searches were conducted in Ludhiana, Ferozpur and Gurdaspur of Punjab.

The anti-terror agency claimed to have seized digital devices, details of financial transactions and property and other incriminating materials during the searches.

The case relates to the seizure of IEDs and arms and ammunition from Batrara toll plaza in the Madhuban area in Karnal in which three IEDs, one pistol, two magazines, 31 live rounds, six mobiles and 1.30 lakh cash were recovered and four persons were apprehended from a white Innova.

The case was initially registered on May 5 at Madhuban police station in Karnal district and re-registered by the NIA on the same day.

During the investigation, it was revealed that Pakistan-based operative of BKI (Babar Khalsa International) Harvinder Singh alias Rinda had coordinated the delivery of explosives, arms and ammunition at the behest of Pakistan's intelligence agency for carrying out terrorist attacks in different parts of India in connivance with arrested accused persons, the NIA said.