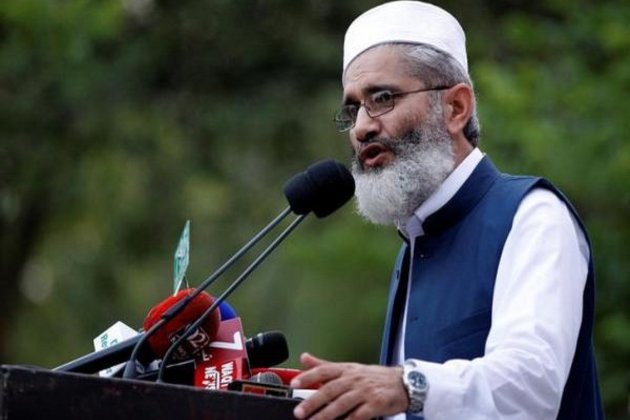 During a phone call with Chief Secretary and Inspector General Police Khyber Pakhtunkhwa on Tuesday, the JI chief said that his party will not remain silent on the killing of Shah who was the President of Al-khidmat Foundation North Waziristan, Daily Frontier Star reported.

On Sunday, Shah and at least four volunteers of a social organisation were killed when unidentified gunmen opened fire at their car in Pakistan's North Waziristan district on Sunday, local media reported.

District Police and residents said that unidentified men on two motorcycles opened fire on a moving car in the Haiderkhel area of Mirali tehsil, Dawn reported.

All the deceased activists were part of a social organisation, the Youth of Waziristan. They all have been identified as Waqar Ahmad Dawar, Sunaid Ahmad Dawar, Aamad Dawar and Assadullah.

The youth organisation, formed after the launch of military operation Zarb-i-Azb, has worked for the restoration of peace in the militancy-hit region. The organisation has also staged a protest and sit-in against target killings, reported Dawn.

About two years ago security agencies took action against a sit-in organised by the Youth of Waziristan and arrested its founding president, Noor Islam Dawar.

Meanwhile, another case has been registered in Mirali town in North Waziristan, where bullet-riddled bodies of two people, who were kidnapped from a market, were found near the Tochi river, also called the Gambila River on Sunday.

The residents in Mirali town said that the unidentified gunmen had kidnapped the two people from Khadi market. Till now no group has so far claimed responsibility for the killing. The deceased belonged to the Lakki Marwat district. (ANI)