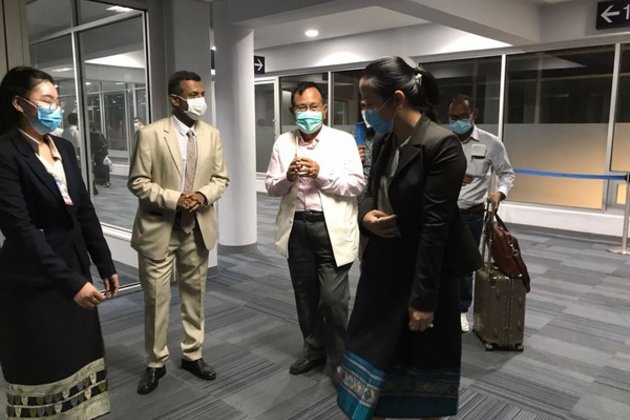 On Tuesday, the Embassy celebrated the 8th International Day of Yoga at the premises. Ambassador Dinkar Asthana elaborated benefits of Yoga and encouraged everyone to practise yoga in daily life.

"Yoga is a way of life to attain physical, mental and spiritual well-being. It brings peace to individual, society, our nations and to humanity. Embassy urges everyone on 8th International Day of Yoga to make yoga a part of daily life," it stated.

On the occasion of the International Day of Yoga, Prime Minister Narendra Modi has said that yoga is becoming a way of life and has become a source of inspiration for health, balance and cooperation.

The Prime Minister remarked that India is celebrating Yoga Day at a time when the country is celebrating its 75th year of independence, "the Amrit Mahotsav."According to the Ministry of Ayush, as many as 25 crores of people are expected to participate in International Day of Yoga 2022 celebrations across the world.

It was during his speech at the UN General Assembly on September 27, 2014, that Prime Minister Narendra Modi first floated the idea of International Yoga Day. The draft resolution passed by India was supported by 177 nations. With universal recognition and the growing popularity of yoga, the United Nations declared June 21 as the International Day of Yoga on December 11, 2014.

The first International Yoga Day was celebrated on June 21, 2015. (ANI)