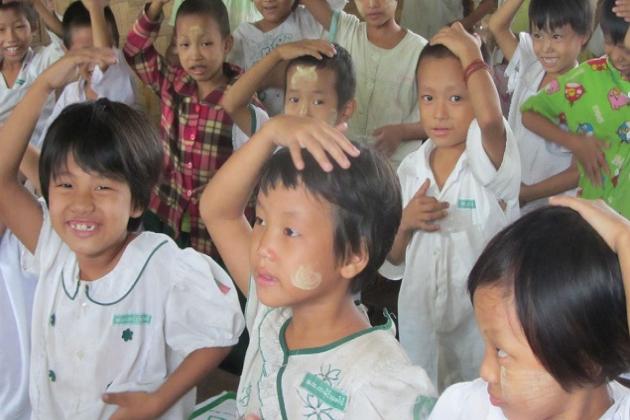 NEW YORK, USA - A United Nations human rights expert, has warned that the world risks creating a "lost generation" of children in Myanmar unless immediate steps are taken to protect them from the violence perpetrated by the military since it seized power in February 2021.

"The junta's relentless attacks on children highlight the generals' depravity and willingness to inflict immense suffering on innocent victims in its attempt to subjugate the people of Myanmar," Tom Andrews, the UN Special Rapporteur on the situation of human rights in Myanmar, said in a recent statement.

He claimed that children were not only caught in the crossfire of the military's crackdown on opponents but were also deliberately targeted, committing crimes against humanity and war crimes.

According to the Assistance Association for Political Prisoners, a monitoring group, the military has killed nearly 2,000 people since the coup. More than 11,000 people are detained.

Andrews claims that the military has killed at least 142 children and arbitrarily detained over 1,400 others.

At least 61 children, including several under three years old, are being held as hostages, and the UN says it has documented the torture of 142 children since the coup.

"I received information about children being beaten, stabbed, burned with cigarettes, and subjected to mock executions, as well as having their fingernails and teeth pulled out during lengthy interrogation sessions," Andrews explained.

According to the UN expert, the attacks on children demonstrated that the international community's response to the coup had failed.

"States must take immediate coordinated action to address an escalating political, economic, and humanitarian crisis that is putting Myanmar's children at risk of becoming a lost generation," he said, calling for increased pressure on coup leaders and stricter measures to limit the military's ability to finance atrocities.

"States must pursue more targeted economic sanctions and coordinated financial investigations." I implore member states to commit to a significant increase in humanitarian assistance and unambiguous regional support for refugees."

According to the UN, 7.8 million children are out of school due to Myanmar's ongoing violence, and tens of thousands have missed out on routine immunizations and other essential healthcare due to the collapse of the public health system.

14 ft. crocodile captured by man in Indonesia, returned to nature

SULAWESI, Indonesia: Using just a rope, an Indonesian man, supported by fellow villagers on the island of Sulawesi, captured a ...

WATFORD, UK: Watford F.C. has cancelled a friendly match against the Qatar national team due to the Gulf country's human ...