Youngest in Asia, Shilky Devi looking to take learnings into the future 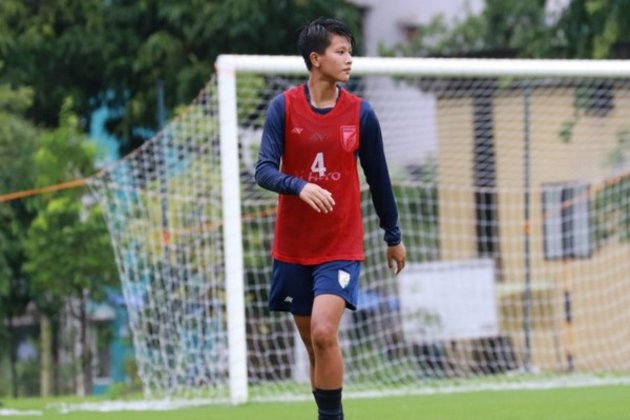 Mumbai (Maharashtra) [India], January 15 (ANI): Shilky Devi, a 16-year-old member of the Indian women's football team, who apart from wearing the captain's armband in junior international matches, is also set to lead the charts in one particular category in the upcoming AFC Women's Asian Cup India 2022 - the youngest player of the tournament.

At the age of 16 years and 2 months, Hemam Shilky Devi, will be the youngest player in the 2022 edition of the continental tournament, with Indonesia's Helsya Maeisyaroh coming the second closest -- at 16 years and 8 months.

However, being a youngster in the squad, Shilky, who has already made her senior debut against Brazil last year, is picking up valuable experience from the rest of the players in the team.

The 16-year-old defender will be among 15 players in the Indian squad under Head Coach Thomas Dennerby, who are under the age of 25 at the AFC Asian Cup, bringing the average age of the squad to 23.13.

"It's a very good learning experience for me and the others who have joined with me from the U-19 squad," said Shilky in an official AIFF release.

"To make the jump to the senior level, you have to work harder, not just on the pitch, but off it as well. We see the seniors maintaining so much discipline just to get that extra yard on the pitch, and that really rubs off on us. Every day is a learning experience for me here," she added.

Other than Shilky, the Blue Tigresses have three other players from the U-19 National Team - Priyangka Devi, Sumati Kumari, and Mariyammal Balamurugan. However, the 16-year-old defender is the only one who is also eligible to play in the FIFA U-17 Women's World Cup, later this year.

Always one who is looking two steps ahead, Shilky believes that her experience in the senior team will further help her and her teammates in the U-17 World Cup later on.

"I am playing with so many senior players here and this will definitely help me going into the U-17 World Cup," said an elated Shilky. "I hope to pass on this knowledge and experiences to my teammates at the U-17 level and we can only learn from this. This experience will definitely help me going forward."Born in the small village of Moirang in Manipur, Shilky Devi started playing at an early age and has come through the SAI Academy in Imphal. Much like many other female footballers in the country, Shilky has also had to persevere against perceptions that football is not a game for women.

"Many had told me that I should concentrate on studies instead of football, early on, including my mother. But my father always supported me. He loves to watch me play football," said Shilky.

Shilky and her teammates are set to begin their AFC Women's Asian Cup campaign on January 20 against IR Iran. Following the first game, the Blue Tigresses will face off against Chinese Taipei (January 23) and China PR (January 26; all of India's Group A matches kick-off at the same time. (ANI)