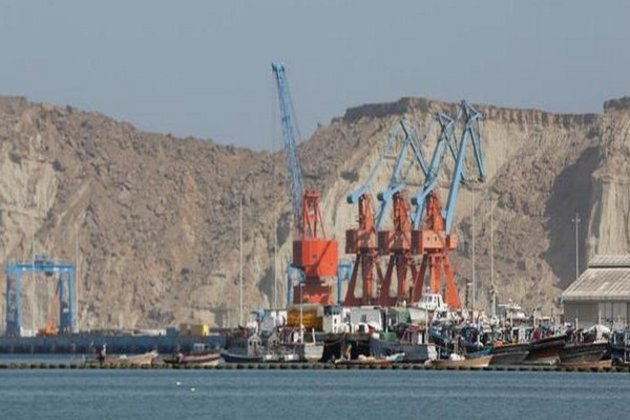 Balochistan [Pakistan], December 2 (ANI): Amid ongoing protest in the port city of Gwadar, Pakistani authorities have issued orders to send 5,500 police officers from various other districts for maintenance of law and order and on anti-riot duties.

The additional deployment comes as ongoing protests in Gwadar entered the 18th day. Thousands of residents continue to demand access to clean drinking water and an end to "trawler mafia", among other things.

"Except ASP (assistant superintendent of police)/DSP and SHOs, no one shall carry weapon[s]. Two gunmen with each ASP/DSP and each SHO shall accompany the police personnel and ensure their security and safety," the notification said, as quoted by Dawn.

Sirajul Haq, leader of Islamist political party Jamaat-e-Islami, said women's protest in Gwadar reflects the seriousness of "Give Gwadar its Right Movement," according to The News International newspaper.

Protesters were chanting slogans against the provincial government, with most of them carrying placards and banners inscribed with "Gwadar ko haq do" (Give rights to Gwadar), according to a Pakistani publication.

Khalil Baloch, chairman of the Baloch National Movement (BNM) termed the ongoing sit-ins, demonstrations and rallies in Gwadar as a slap in the face to Pakistan. Baloch said that harassment by the army over a few basic rights has exposed development claims in the name of exploitative projects like CPEC.

China-Pakistan Economic Corridor (CPEC) has been marred with controversy since the announcement of the USD 46 billion projects in 2015.

The CPEC project would link Pakistan's southern Gwadar port in Balochistan on the Arabian Sea to China's western Xinjiang region. It also includes plans to create road, rail and oil pipeline links to improve connectivity between China and the Middle East.

Since the start of CPEC, it has prompted demonstrations, claiming that projects will not benefit the people of Balochistan while people of other provinces are enjoying the fruits of the mega project. (ANI)