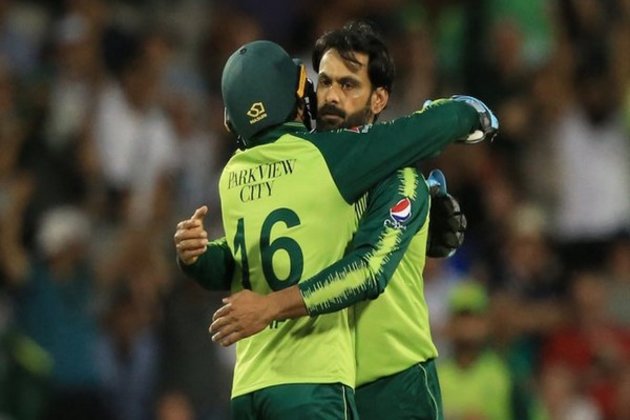 A half-century from Pakistan captain Babar Azam and skillful bowling by off-spinner Mohammad Hafeez guided visitors to a thrilling seven-run win over West Indies. The win means Pakistan lead the four-match series 1-0, with the first match ending in no result due to rain.

"We were 10-15 runs short after the rain. But a nice victory. Bowlers bowled really very well. Credit to our bowlers, they bowled really well. We lost momentum because of back to back wickets," Babar told the host broadcaster at the post-match presentation.

"We were looking at 170. It's an area we will try to improve in the next few games. The way he (Hafeez) bowled in the powerplay showed his experience. I'm happy as a captain with the way he bowled," he added.

Talking about his performance, Hafeez said: "I would love it, we had a score on the board, we knew it would be tough to score against spinners. We bowled well, myself and Shadab and then the pacers executed the yorkers well.""Being here many times (having played CPL), I knew if I do the basics well, hit the right lines, executed the skills and that worked for me. A little more comfortable when I bowl to the left-handers, but it's still important to hit the right areas," he added.

Hafeez bowled his most economical spell in the T20Is, giving away just six runs in four overs which included a maiden over and dismissal of Andre Fletcher on the second ball of the innings. He was awarded the best player of the match.

Earlier, after being put into bat, Pakistan managed to score 157 for eight in their 20 overs. Holder and Dwayne Bravo combined to put the brakes on the Pakistan scoring rate. Holder returned the excellent figures of 4-26 while Bravo, claimed 2-24 as the tourists squandered a solid platform provided by Babar Azam and Mohammad Rizwan. (ANI)