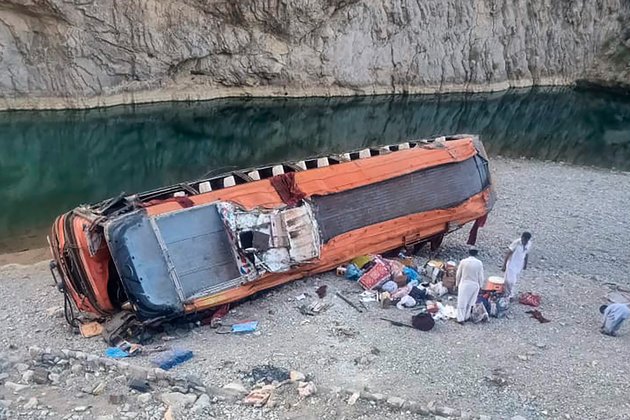 Officials say at least 23 people have died and more than 40 others were injured when a bus overturned in southwestern Pakistan and fell into a ravine.

The accident happened Friday in the Khuzdar district of Balochistan province.

The Associated Press reports that a passenger said they had cautioned the driver several times to drive more carefully.

The passengers were pilgrims returning to Dadu in Sindh province, after visiting a shrine of a Sufi saint.

The bus was overcrowded, with some passengers riding on the roof when it overturned, according to Bashir Ahmed, a deputy commissioner in Khuzdar district.

"There is not a single passenger who does not have an injury because of the bus accident," Ahmed told the Associated Press.