A new reason Americans are getting leery of billionaire donors 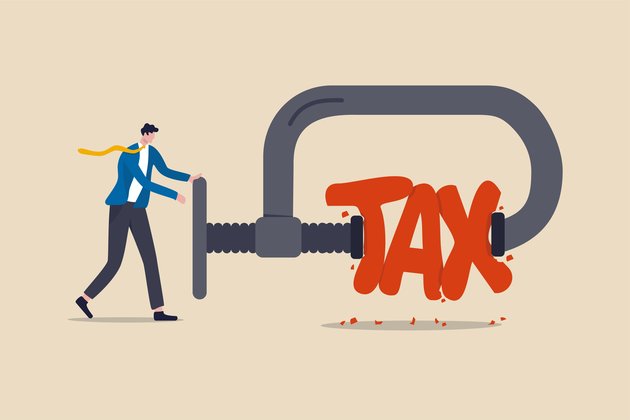 Warren Buffett, Elon Musk, Jeff Bezos and the rest of the 25 richest Americans paid very low federal income taxes from 2014 to 2018 even as they amassed wealth, according to Internal Revenue Service data ProPublica says it obtained from an anonymous source. In some years, the nonprofit media outlet reported, these wealthy people paid no federal income tax at all.

This is not illegal. The U.S. government taxes only income, not wealth, and these very rich people gave billions of dollars away. In many cases, the money they gave to charity helped reduce their federal income taxes through the charitable tax deduction.

The news is rekindling a debate over the value of the charitable giving done by America's billionaires - whether it's a force for good, perpetuates enduring social problems or does some of both. It's raising even bigger questions, like what it takes to build a better world and who gets to decide how to take on the toughest global challenges. As a result, many Americans, including my philanthropy students, are becoming more critical regarding the billions the world's richest people give away. In fact, in one recent survey, Americans were almost evenly divided as to whether philanthropy by the richest Americans did more good (40%) than bad (36%).

Even some of the superwealthy are turning their backs on traditional ways of giving. Since getting divorced from Amazon founder Bezos in 2019, MacKenzie Scott has given at least US$5.8 billion to some 500 nonprofits. She has emphasized social and racial justice in her philanthropy to a much greater extent than the other top givers and generally trusted the recipients to decide how to spend these funds rather than demand they follow her agenda.

A growing number of well-known scholars and activists have raised the alarm about billionaire giving, including Megan Ming Francis, Erica Kohl-Arenas and Linsey McGoey. These critics and others take aim at wealthy donors like Bezos, Facebook's Mark Zuckerberg and Microsoft founder Bill Gates not only for the tax system that makes it easier for them to amass great fortunes but also for the influence they have on the best way to address complex social problems.

While these critics of billionaire philanthropy don't agree on everything, I see four common themes in their work.

First, philanthropy allows the wealthy, on their own, to decide how to fix the world's biggest problems, like poverty and inadequate educational opportunities. This is a problem, as Villanueva argues, because solving problems effectively requires working together with people you're trying to help and understanding the challenges they face. Similarly, Kohl Arenas and Ming Francis argue that big philanthropists have historically co-opted the social movements they fund, imposing their visions over their grantees.

Second, they say a broken tax system unfairly subsidizes wealthy donors compared with everyone else, giving them even more money to use in deciding how to eradicate disease or clean up the environment. Given how the tax code works, Bezos could receive a tax break of $390 million for every $1 billion he donates. In contrast, a middle-class donor who gives her local food bank $100 probably won't get any tax benefit when she files her return.

In effect, as Reich and Callahan point out, the government helps the charities supported by the wealthiest donors more than those backed by the rest of us. As a remedy, Callahan has proposed limiting the charitable tax deduction.

Third, mega-donors are to a degree interfering with democratic processes. Reich has called Gates "America's unelected school superintendent" because of the millions of dollars the Bill and Melinda Gates Foundation has poured into school reform efforts. This giving means he may have more of a say in how local schools are run than do community residents, even though democracy operates on the principle that the people and their representatives should decide how to solve complex social problems.

Fourth, billionaires tend to favor causes that benefit or at least do not endanger their own bottom lines. Giridharadas observes that despite Robert F. Smith's generosity toward the Morehouse class of 2019, whose student debt the investor paid off, he has also fought against changes to the tax code that would have made more money available to help low-income students pay for college. On balance, Giridharadas argues, Smith's giving to political and charitable causes could be reinforcing the status quo and perpetuating income inequality.

Not so fast, say the philanthropic leaders who consider these criticisms overstated.

The most high-profile of the defenders these days is Phil Buchanan, CEO of the Center for Effective Philanthropy, which researches how foundations operate, sponsors conferences and helps grant-makers assess their own performance. In his book "Giving Done Right," Buchanan agreed with the critics about some of the sector's flaws. But he also argues that they have gone too far when they dismiss Smith's gift to Morehouse students as a stunt.

The defenders of big-bucks philanthropy note that wealthy donors and foundations are making a real difference.

They also note that philanthropy and the charities it funds have long been a staple of the American approach to problem-solving. They have protected children, housed the homeless and supported the arts, among other things. The critics, they contend, are downplaying the important role private giving - and volunteering - play in a country where the nonprofit sector accounts for about 5% of the economy and 10% of the workforce.

In addition, they say critics like Giridharadas are simply unrealistic. They advocate for a wholesale reform of the tax system, philanthropy and government's role in solving big problems. But Buchanan sees big reforms as unlikely, at best. And, he worries, these criticisms could lead wealthy donors to move away from giving. In the meantime, he says, "but, here we are, with wealthy people who want to give back," arguing that you have to work with the world as it is, not the world you might prefer.

Finally, while these defenders of philanthropy are likely to admit some reforms are necessary, they see more good than bad. They want to see elite philanthropy improved and expanded, not restrained.

British scholar Beth Breeze, who is currently writing a book on this topic, has noted she is "concerned about both simplistic criticisms and careless cheerleading." She argues that we should see philanthropy as "worth defending" because of its "positive potential - which includes improving and saving lives."

Making sense of it all

Using private money to solve public problems, even when the giving happens quickly and with few strings attached as MacKenzie Scott is doing, raises hard questions that are worth struggling over.

For anyone trying to make sense of this debate, I suggest deciding whether you feel like philanthropy's problems can be solved. If you do, work within the system and try to make it better. If you don't, join forces with others aiming to bring about more fundamental change.

Editor's note: The Gates Foundation is a funder of The Conversation Media Group. Portions of this article appeared in a previous piece published on June 5, 2019.