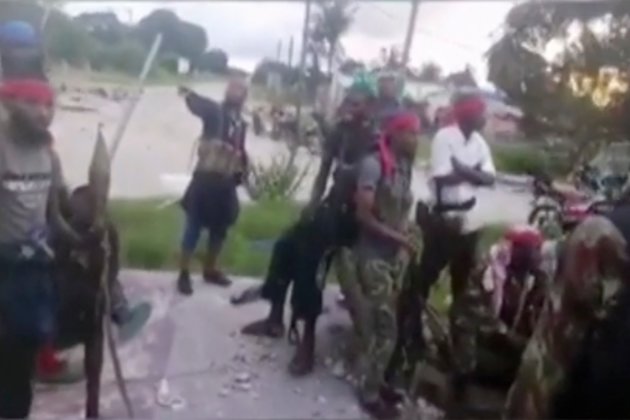 JOHANNESBURG - Leaders from six Southern African nations met this week to figure out how to address a rise in violent extremist attacks in Mozambique's volatile north, including a sophisticated attack last month that threatened the nation's gas reserves.

Here is the puzzle the presidents of Botswana, Malawi, Mozambique, South Africa, Tanzania and Zimbabwe are trying to solve: A shadowy insurgency has taken a stranglehold over northern Mozambique, increasing their violent attacks in recent months and endangering the nation's large gas reserves.

On Thursday, after two days of meetings between regional military and security officials and heads of state, the Southern African Development Community's top six leaders called for "an immediate technical deployment" to Mozambique ahead of another high-level meeting at the end of April. Legally, the body can intervene militarily in cases of intrastate conflict, like this one. But Mozambique has so far been unreceptive.

The latest chapter in this violent, three-year saga - an attack last month by Islamic State-linked insurgents on the city of Palma, close to a multibillion dollar French gas project - appears to have been the final straw that motivated leaders to convene. In that highly organized attack, militants laid waste to the small seaside town and committed horrific atrocities, according to rights groups.

It is a complex story, but rights groups say leaders need to focus on one issue: fundamentally, they argue, this is a human rights crisis.

FILE - Families wait outside the port of Pemba on April 1, 2021, for the boat of evacuees from Palma.

"What we have here is a human rights and humanitarian crisis that has left hundreds of thousands displaced, insecure and unable to return to their homes because of the attacks that have been ongoing," said Dewa Mavhinga, the Southern Africa director for Human Rights Watch. "So, the lack of security then spills over to affect everything else, including in terms of stability and economic programs that might be taking place in Cabo Delgado. As we have seen with the attack on Palma town that disrupted all socioeconomic activities. But at the core of it is a lack of protection in terms of the rights of the citizens who were then forced to flee to Tanzania and southwards to Pemba."

The United Nations estimates 1.3 million people need urgent humanitarian assistance, and that 670,000 have been pushed out of their homes by the violence. Last year saw more than 570 violent incidents in the nation's three northern provinces.

Historian Yussuf Adam, a retired professor at Maputo's Eduardo Mondlane University, told VOA the problems in this region go back way beyond the start of the insurgency in 2017. He's been studying the region since the 1970s, and says he's documented growing animus in the last two decades between local landowners who were mostly Muslim and farmers who were mostly Christian.

He believes Mozambique's government waited too long to try to address these divides, and perhaps more importantly, to tackle the area's systemic poverty and inequality. And for that reason, he says, a military solution is no solution.

"There is no military solution. People have to be heard, and things have to be negotiated, and also people's right to land," he said. "People have to benefit also from whatever it is will come out, is coming out, from this mining, oil, petrol and gas operations. That's something which has to be seen and done."

And, Mavhinga says, the government needs to take responsibility for its own failures. While militants have committed grievous acts - including rapes and beheadings - rights groups have also documented abuses by Mozambican security forces, including torture and extrajudicial killings.

Security expert Jasmine Opperman, director of the Terrorism Research and Analysis Consortium, says the militants' tactics show their aim clearly: they're trying to sow distrust in the government. That's why the Palma attack - which grabbed headlines around the world and forced French energy giant Total to suspend its local operations - actually matters.

FILE - This handout picture from the World Food Program (WFP) taken on March 18, 2021 shows an aerial view of the Afungi Liquified Natural Gas Camp, in Afungi, 20 km from Palma.

"There is nothing for them in seizing the gas. Disruption is the important thing," she said. "Exposing the government for inability to protect the LNG sector is an important aspect. And with that, we are seeing the insurgents just gaining massive momentum. ... It is important to make a distinction. The LNG sector, I want to argue, has never been a primary attack. But disruption remains central."

In their communique, Southern African leaders did not say what exactly "an immediate technical deployment" means, what exactly it would do - or even how soon they could get their feet on the ground. Nor did they elaborate on their statement that "such heinous attacks cannot be allowed to continue without a proportionate regional response."

SADC will meet again in Maputo on April 28.