Azam says Pakistan has gap in its middle-order 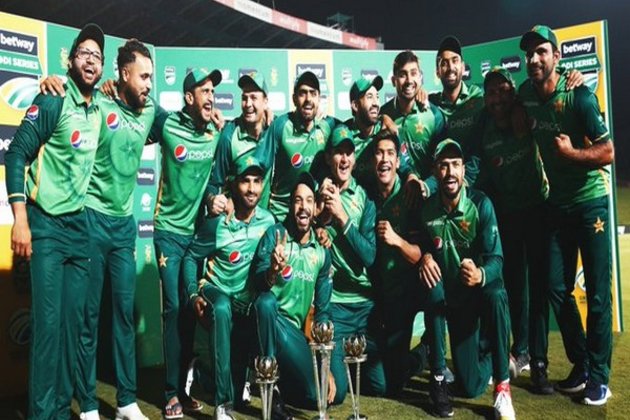 Centurion [South Africa], April 8 (ANI): After registering a 28-run win in the third ODI of the three-match series against South Africa, Pakistan skipper Babar Azam said that there is still a gap in their middle-order and the side needs to work on it to further improve.

"It was the responsibility of the top order to take our innings deep, which we did. Throughout the tournament, our batsmen did well, especially Fakhar Zaman and Imam-ul Haq, and we wanted to continue our momentum. We wanted to finish the innings off and I was happy to be there till the end. I'm very confident with the side. I'm very happy with the top order performing in a difficult place like South Africa. It gives us a lot of confidence, and we want to keep this momentum going," ESPNcricinfo quoted Azam as saying.

Batting first, Pakistan was sitting comfortably at 206/1 with Fakhar Zaman going past his century. From their things turned, as the visitors crumbled to 257/6. However, in the end, Babar Azam (94) and Hasan Ali ensured that Pakistan post more than 300 runs on the board.

"I accept our middle order struggled, but I don't think it was as bad as people made out. There's a gap in our middle order where we are missing a particular kind of player we are trying to fill, which is why we brought Sarfaraz in to try and plug that weakness. We wanted to utilise the experience that was on the bench, so that's why we brought Sarfaraz in," said Azam.

"Sarfaraz is with us because we trust him. In ODI cricket, we'll try and utilise him as much as we can as wicketkeeper and batsman, because at No. 5, you need to move the game along, which we believe he can do. The middle order was struggling, and while it didn't come off for Sarfaraz today, everyone played a part in a very good series deciding win," he added.

With this knock of 94, Azam is set to topple India skipper Virat Kohli at the top of the ICC ODI Rankings. Talking about this, Azam said:" I'm thankful to God. I just like to enjoy my cricket and do what's best for the team. We'll now sit down and plan for the T20I series and what our combinations there need to be. That involves a lot of discussion among ourselves, and hopefully we'll be successful there, too." (ANI)