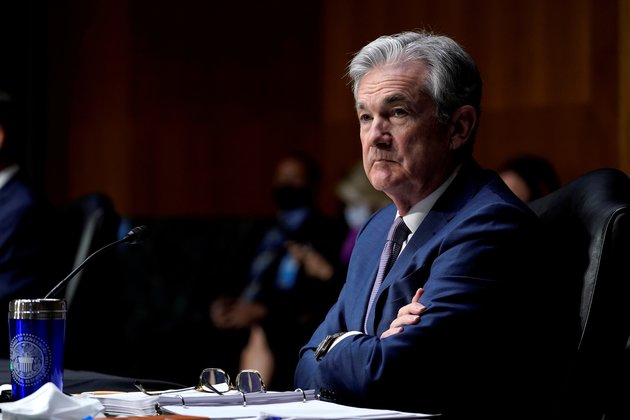 WASHINGTON - The U.S. economic recovery from the coronavirus pandemic is a work in progress, the country's central bank chief told lawmakers Tuesday.

"The economic recovery remains uneven and far from complete, and the path ahead is highly uncertain," Federal Reserve Chair Jerome Powell told the Senate Banking Committee. "Although there has been much progress in the labor market since the spring, millions of Americans remain out of work."

The U.S. Labor Department said the January unemployment rate was 6.3%, although Powell earlier this month said it was "close to 10%," more than twice the figure for last February before the virus started infecting millions of Americans and forced thousands of businesses to close or limit their operations.

Congress approved about $4 trillion in coronavirus relief spending last year, while the Fed slashed its benchmark lending rate to near-zero percent last March. It is buying about $120 billion in government-backed bonds each month to foster bank lending and consumer spending.

Now, Congress is considering Democratic President Joe Biden's $1.9 trillion relief package to boost the economy, reopen schools and send $1,400 checks to millions of adult Americans, all but the biggest wage earners. With Democrats narrowly controlling Congress, the measure could be approved by mid-March.

But Powell warned that for now, "The economy is a long way from our employment and inflation goals, and it is likely to take some time for substantial further progress to be achieved." He said the central bank would continue to buy bonds at its current pace until that progress has been made.

The number of U.S. workers filing for unemployment compensation has dropped sharply since the worst of the pandemic's effect on the world's largest economy late last March, when 6.9 million people filed for benefits. But for months now, 700,000 to more than 900,000 workers each week have filed new claims for benefits, figures that eclipsed the biggest totals seen before the pandemic in records that date to the 1960s.

Powell said the pandemic "is causing great hardship for millions of Americans and is weighing on economic activity and job creation."

Sen. Sherrod Brown of Ohio, chairman of the Senate banking panel, said Powell had "talked to all of us about the risk of falling short of a complete recovery and the damage it will do to peoples' lives."

Brown said Biden "understands this moment, and he's risen to meet it" with his coronavirus relief package.

But Republican Sen. Pat Toomey of Pennsylvania, the top Republican on the banking panel, warned that excessive spending might spark inflation in the United States, echoing other Republicans as Congress considers Biden's relief proposal.

Powell said the Fed wanted to see more economic progress before cutting back its bond purchases.

"There is still a long way to go to full recovery, and we intend to keep our policy supportive of that recovery," he said.

Powell said the economy rebounded last summer but slowed in the latter part of 2020, with the biggest impacts largely falling on low-wage workers, Black and Hispanic Americans and other minority groups.

Powell, however, held out the possibility of a recovery in the months ahead, saying "ongoing vaccinations offer hope for a return to more normal conditions later this year."