Ireland's 160 year-old Ulster Bank to be closed by NatWest 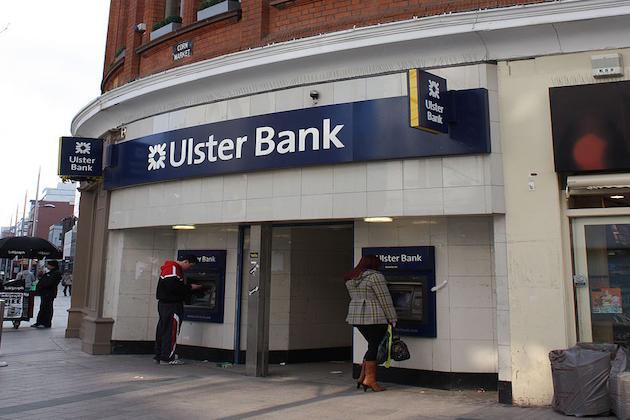 DUBLIN, Ireland, February 20: Banking powerhouse NatWest announced on Friday that it would close the 160 year-old Ulster Bank and cease operating in Ireland.

The closing would leave Ireland with only two major lenders.

Officials pointed to the poor performance of Ulster Bank and its 88 branches, which led to the NatWest decision.

In the Irish Republic, Ulster Bank remains the nation's third-largest lender, with some 15 percent of the mortgage market, 10 percent of the SME market and up to a 20 billion euro ($24.2 billion) loan book.

"The decision by NatWest, the parent of Ulster Bank, to exit the Irish market is a very significant event. After 160 years serving the Irish public, today marks a sad day. Our thoughts too are with the Ulster Bank staff as they learn of the closure of the bank here in Ireland," Finance Minister Paschal Donohoe said Friday.

"However, I welcome the reference made this morning to the two other Irish banks, PTSB and AIB, who are engaging with NatWest regarding the future of Ulster Bank's SME, mortgage, retail and commercial loan books, as well as the current and deposit accounts held by the Bank. While this is positive news and indicates the potential further development of already well established Irish banks, there is still much work to be done over the coming months."

"Reassurance is also given to customers of Ulster Bank that robust consumer protections are in place in the event of the bank withdrawing from the Irish market, including the Central Bank's codes of conduct and that the terms of any contract currently in place with Ulster Bank remains in place into the future," said Donohue.

"I also welcome the announcement regarding Ulster Bank staff which outlines that some staff will transfer to AIB in line with the MoU that has been agreed with that bank. The commitment to engage with staff to minimise the impact on them is also to be welcomed I expect that Ulster Bank will fully engage with staff in an open and transparent manner as the process moves forward."

"The Irish banking landscape will be poorer for the loss of Ulster Bank after all these years but we will focus now on the future and what can be done to support and strengthen a competitive and stable Irish banking system for the future," the Irish finance minister said.

The banking crash of a decade ago saw foreign banks leaving Ireland, resulting in AIB and Bank of Ireland becoming the nation's largest banks.

In the meantime, state-owned PTSB is reportedly negotiating to purchase a "significant majority" of Ulster's 14 billion euro mortgage business, 700 million euros in SME loans, along with some of its branches, according to sources.

The London-based NatWest employs 2,800 people in Ireland. Officials said it would prefer to sell its loans to Irish banks, according to Chief Executive Alison Rose.