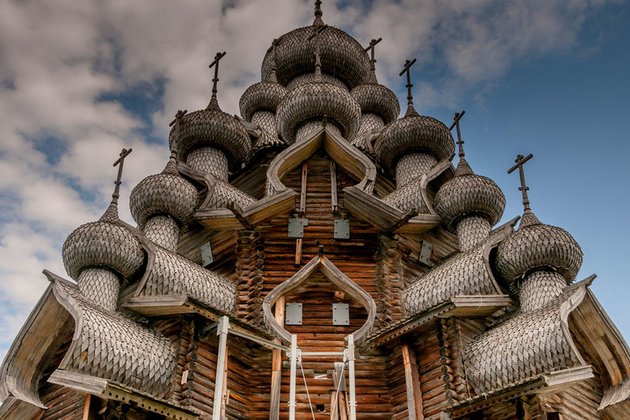 The list includes a tsar's house and a wooden skyscraper. 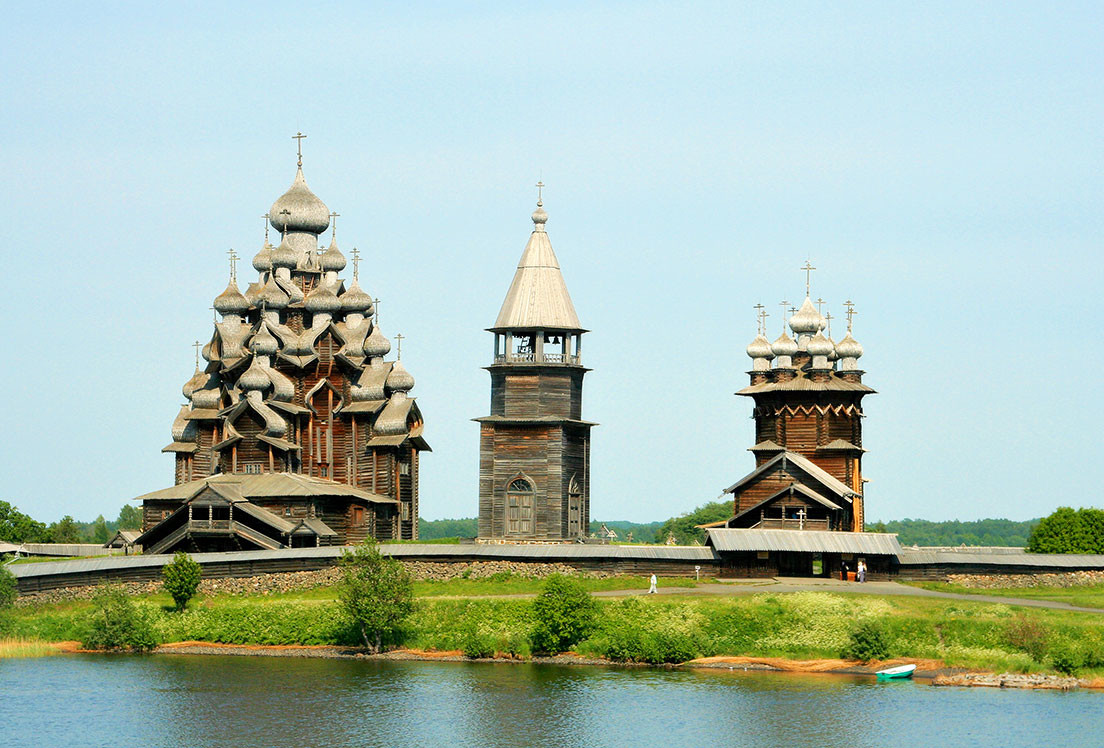 This wooden complex was built in the 17th century. Constructors used no nails (apart from the domes and roof shingles) and delivered thousands of logs from the mainland - two difficult tasks at the time.

The complex includes two wooden churches and a bell tower, all surrounded by a wooden fence that serves a symbolic function of dividing the holy ground from the outside world. The wooden Church of the Transfiguration forms the most remarkable part of the pogost. As it has no heating, it only holds summer services. It has 22 wooden domes and is 37 meters tall. UNESCO listed the wooden complex as a World Heritage Site in 1990. 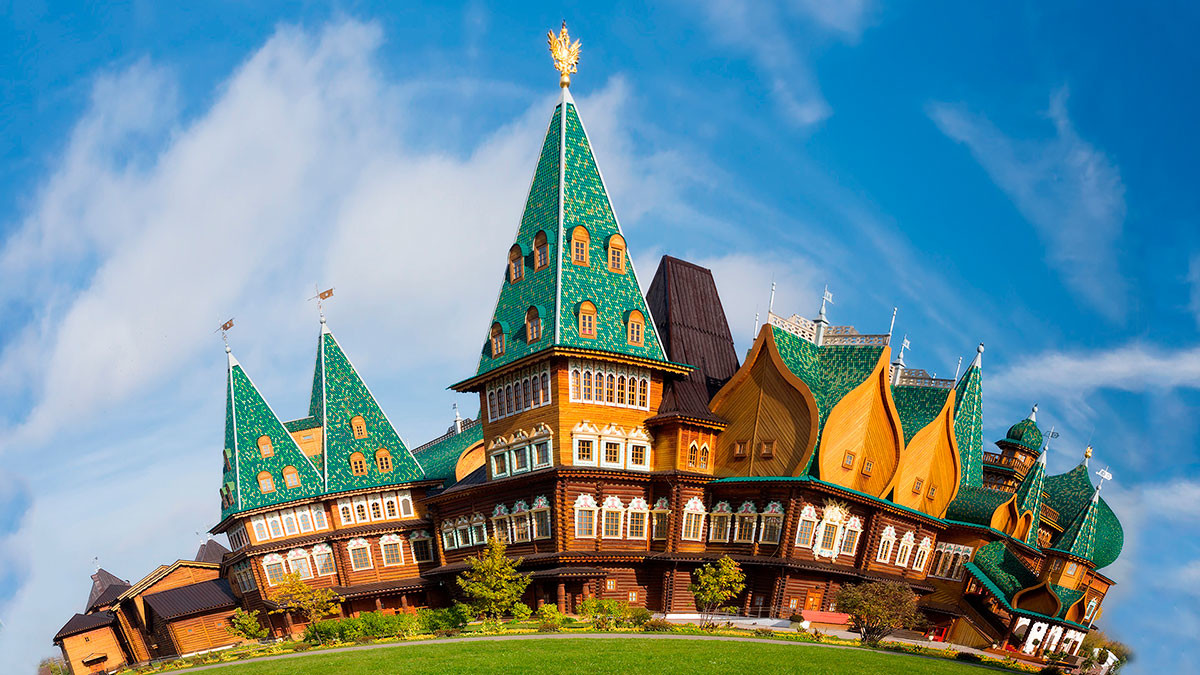 At the time of construction in the early 17th century, Kolomenskoye consisted of a wooden palace, a church made of white bricks and a few other buildings. It soon became Tsar Alexei Mikhailovich's favorite summer residence. Other rulers of Russia also stayed in Kolomenskoye, including Peter the Great.

Throughout the years, the wooden palace was reconstructed a few times. In 2010, Moscow authorities reconstructed the initial palace of Tsar Alexei Mikhailovich on the very same spot. Today, Kolomenskoye is one of the many tourist attractions in Russia's capital. 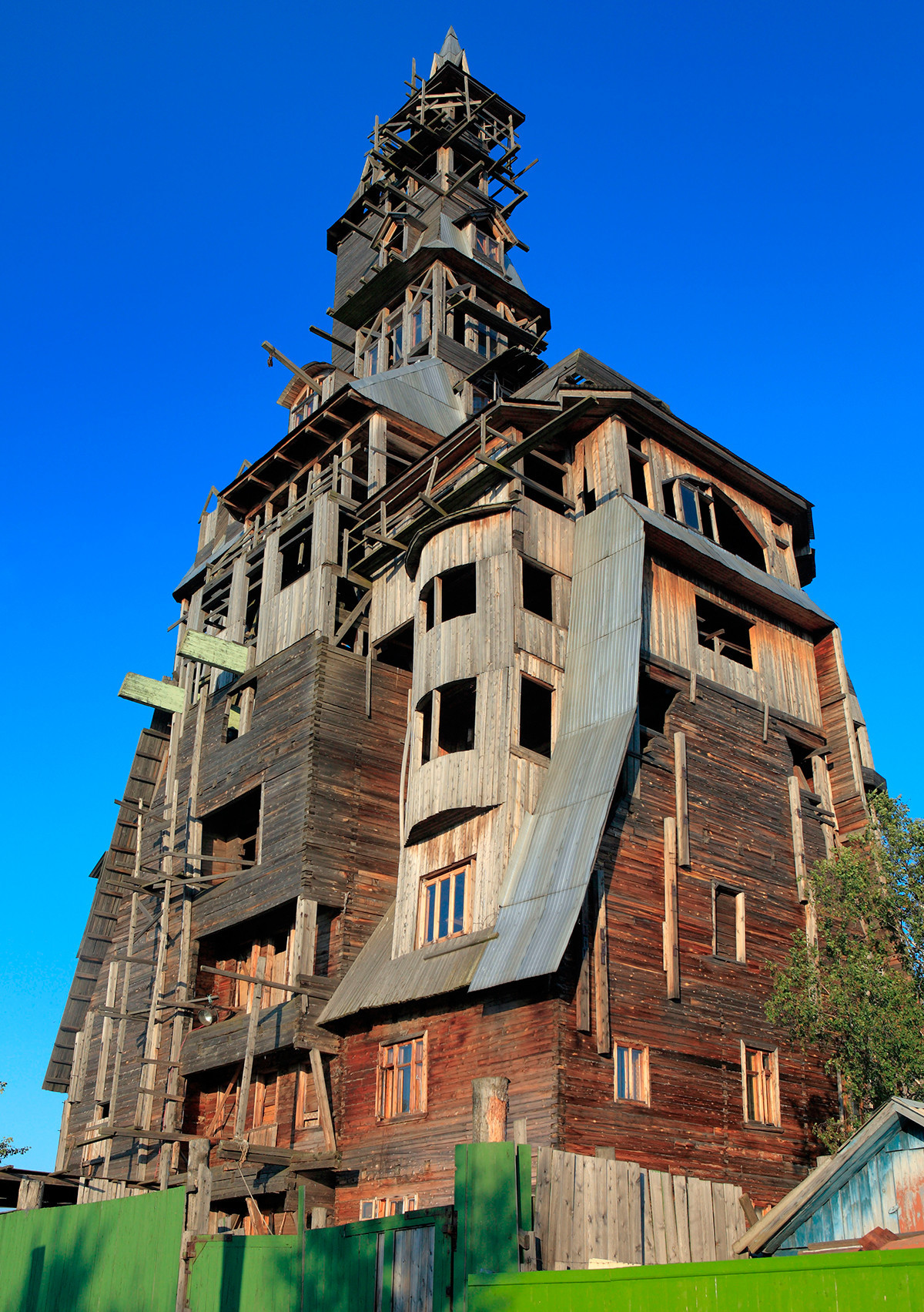 The structure severely deteriorated after the entrepreneur received a prison sentence for racketeering. Eventually, city authorities ruled that the tallest wooden residential house in Russia posed a fire hazard to nearby buildings and a court ordered its demolition. In 2012, the remnants of the house burned to the ground. Read more about it here. 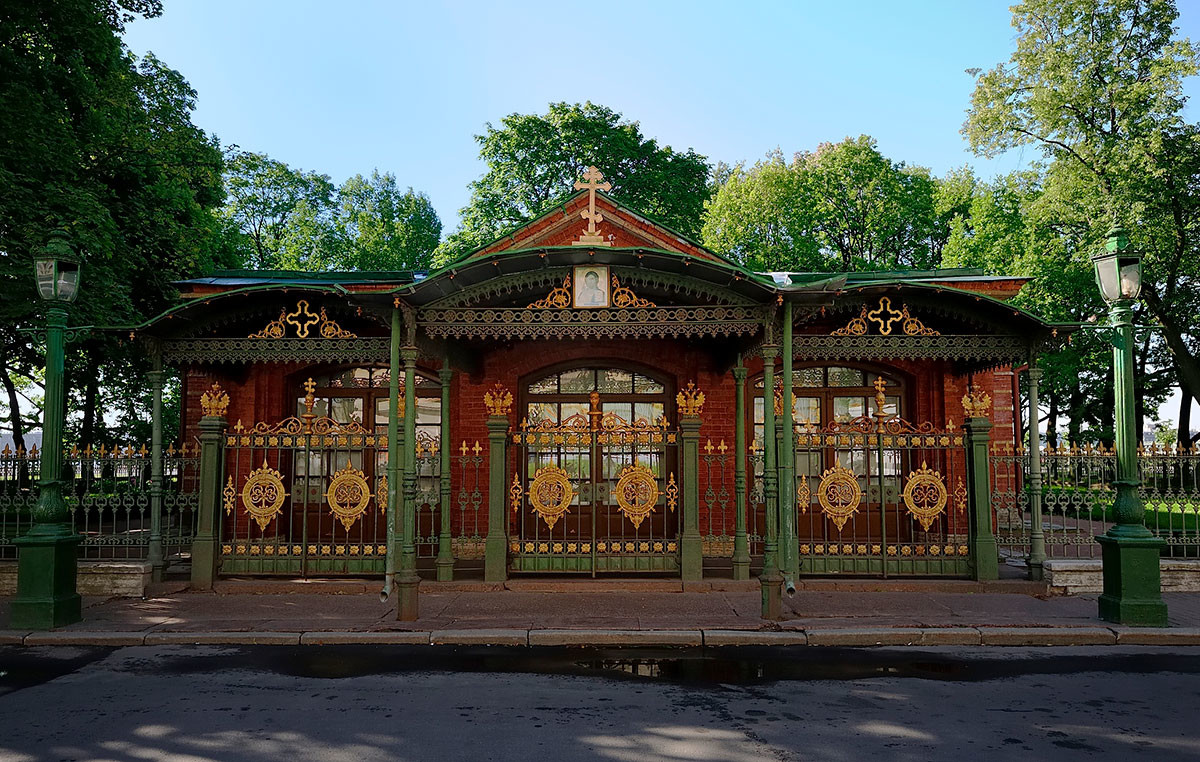 This cabin appears as if it was made of brick because Peter the Great, who appreciated the aesthetics of European architecture, ordered the wooden structure to be painted accordingly. Nonetheless, the tsar's cabin, where he spent summer months, was made of wood. It only took three days to construct the log cabin in 1703 and the date of its completion, May 27, is now considered to mark the foundation of the city. The log was located in a strategic place with a view over the surroundings and the fortress's bastions.

Today, the wooden house hosts a museum dedicated to Peter the Great. Some of the tsar's personal belongings are exhibited there. 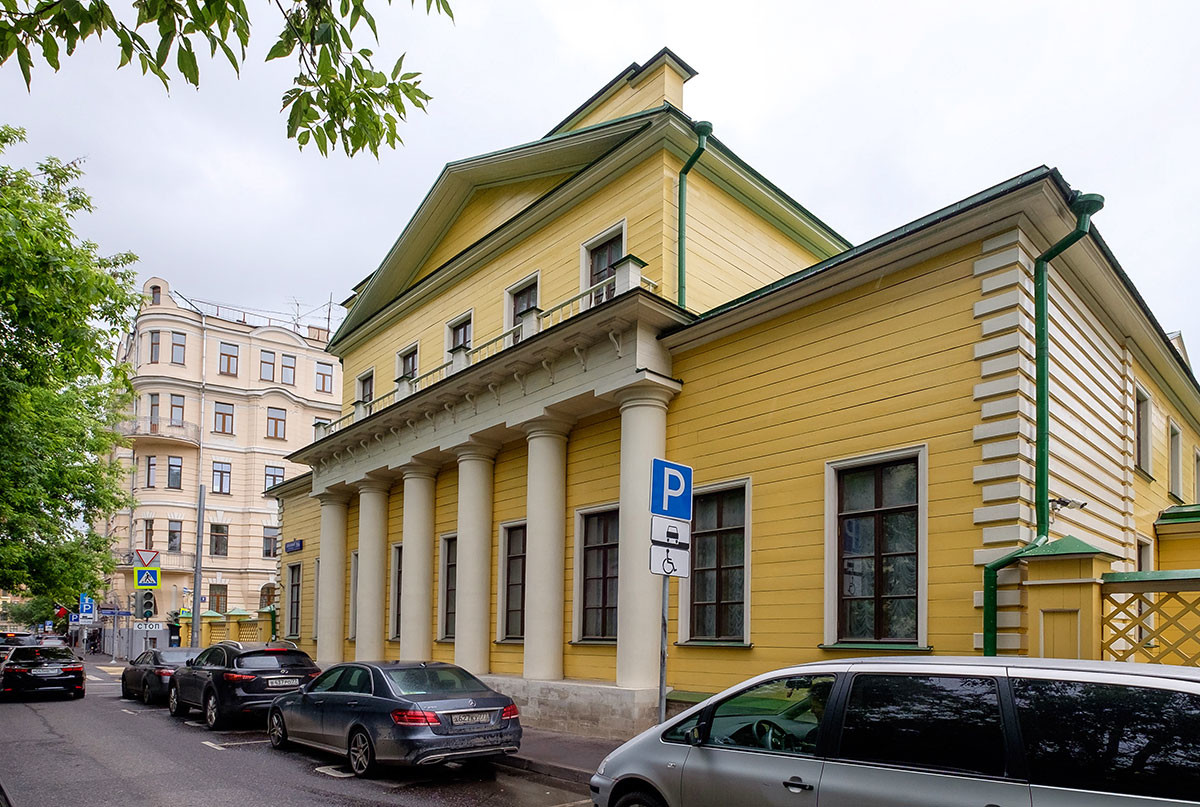 This wooden house is located in Khamovniki, one of the most prestigious districts in Moscow. The house was built in 1823, eleven years after the 1812 Fire of Moscow virtually destroyed the city. It belonged to Russian officer Alexander Polivanov. 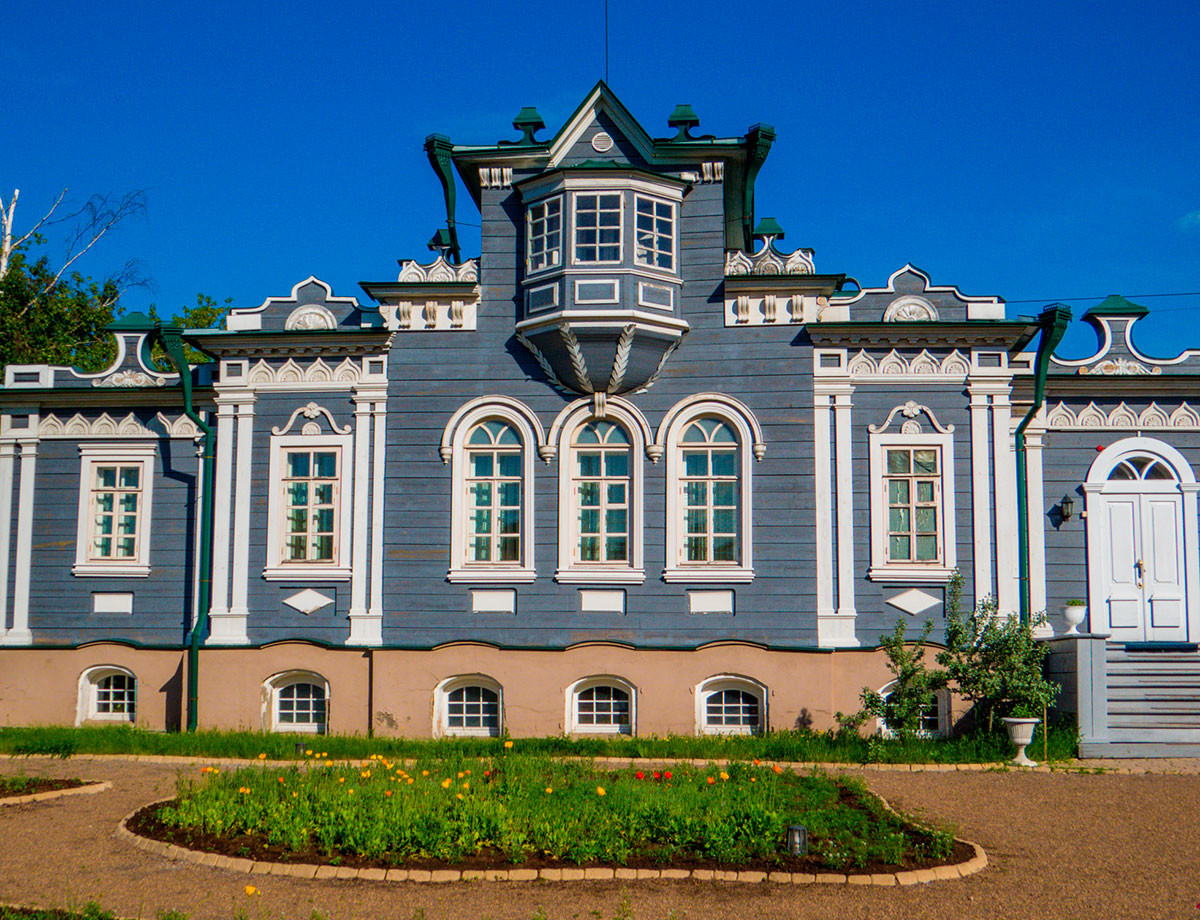 When hero of the Patriotic War of 1812 against Napoleon Prince Sergei Volkonsky participated in a failed Decembrist revolt, he was sentenced to hard labor and exile in Siberia. After a few years, Volkonsky relocated his family and their wooden house to Irkutsk, where it was reassembled for them.

Today, this two-story wooden building is considered one of Irkutsk's architectural gems. Tourists can visit the house as it hosts the Museum of the Decembrists. 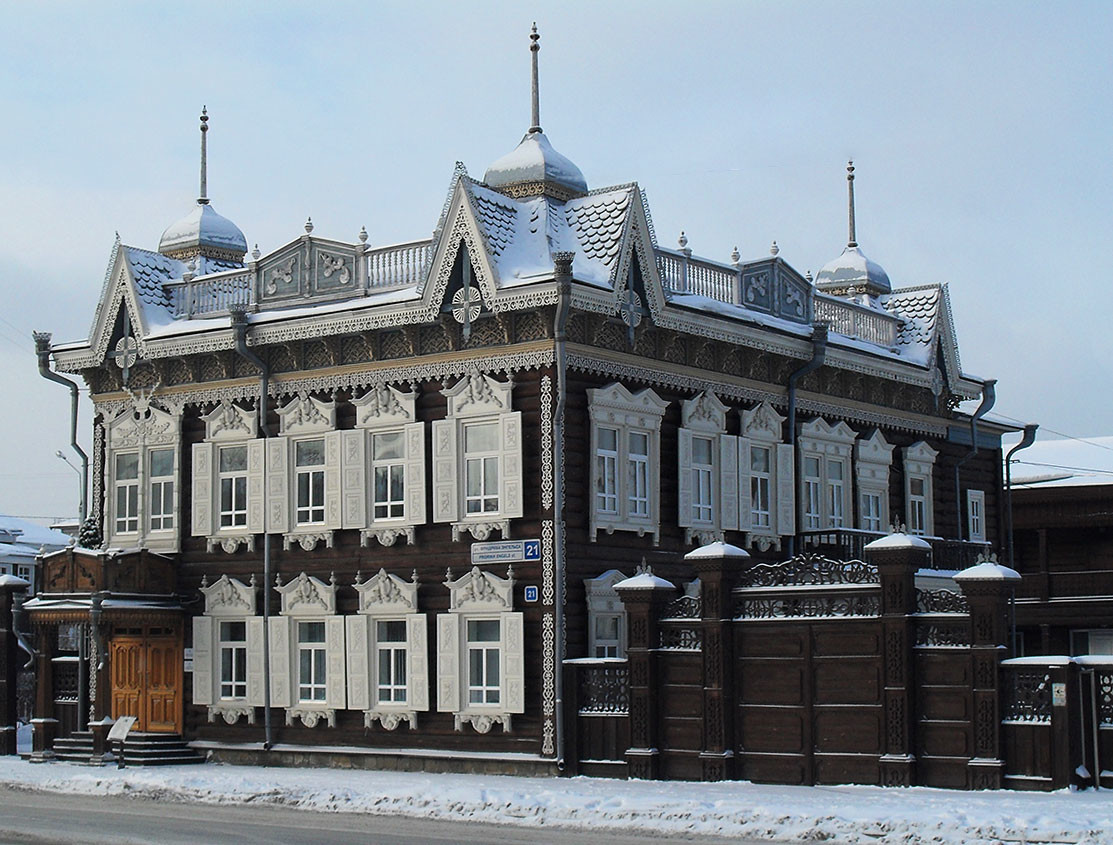 This two-story wooden house located in Irkutsk is also known as 'The Lacy House' for the lavish decorations of its exterior. The house was built in the middle of the 19th century for the Shastin merchant family. Today, Shastin House is one of the main architectural landmarks in Irkutsk. Reconstructed in 1999, the house is now a hotel.

Click here for the 7 most PRESTIGIOUS & EXPENSIVE districts in (and near) Moscow.