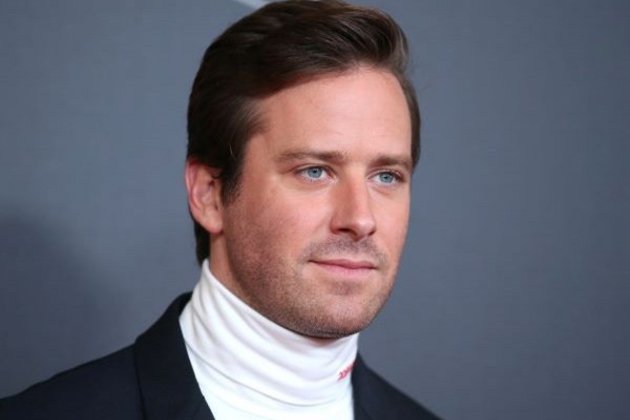 Washington [US], January 14 (ANI): American actor Armie Hammer's role in an upcoming movie will be recast as he faces scandal.

According to Fox News, the 34-year-old actor made headlines recently after messages allegedly written by Hammer, they have not been verified, were leaked featuring graphic sexual fantasies, Page Six reported.

The actor was set to star alongside Jennifer Lopez in 'Shotgun Wedding,' a Lionsgate film following a couple whose destination wedding attendees are taken hostage.

"Armie has requested to step away from the film and we support him in his decision," a spokesperson for the production said in a statement to Fox News.

Fox News has learned that his role will be recast even though he was set to begin production shortly.

"I'm not responding to these bullst claims but in light of the vicious and spurious online attacks against me, I cannot in good conscience now leave my children for 4 months to shoot a film in the Dominican Republic," he said.

"Lionsgate is supporting me in this and I'm grateful to them for that," added Hammer.

'Shotgun Wedding' will be directed by Jason Moore and is written by Mark Hammer and Elizabeth Meriwether, according to IMDb. Lopez will produce and Ryan Reynolds will executive produce.

As reported by Fox News, Hammer is best known for his roles in 'The Social Network' and 'Call Me by Your Name,' which earned him a Golden Globe nomination in 2018. His recent appearances include an episode of HBO's 'We Are Who We Are' and Netflix's 'Rebecca' remake.

In July, Hammer and his wife of over 10 years, Elizabeth Chambers, announced their split on social media. They share two children together: daughter Harper Grace 5-year-old and 3-year-old son Ford Douglas Armand. (ANI)