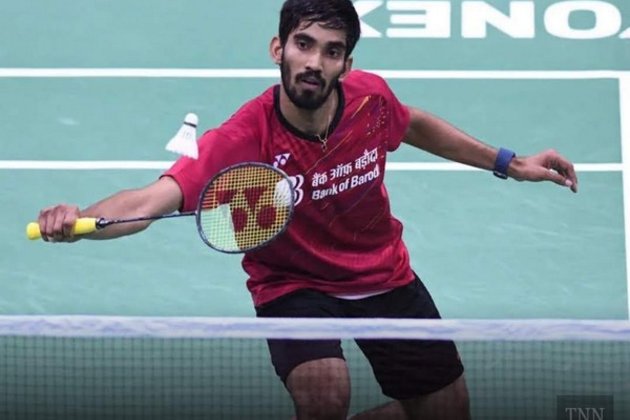 Bangkok [Thailand], January 14 (ANI): Indian shuttler Kidambi Srikanth on Thursday announced that he is pulling out of the ongoing Thailand Open due to a calf muscle strain.

Kidambi was slated to lock horns against Malaysia's Lee Zii Jia in the second round, but with the Indian shuttler pulling out, Jia has progressed ahead into the tournament.

"Very sad to let you all know that I have been advised to pull out of Thailand Open due to a calf muscle strain. I am hoping to be fit by next week for the next round of the Thailand leg," tweeted Srikanth.

Srikanth on Wednesday had sailed into the second round of the Thailand Open after a comfortable win over compatriot Sourabh Verma.

Kidambi, who on Tuesday shared pictures of his bleeding nose, following the 'unacceptable' treatment being meted out to him while conducting coronavirus tests, sealed an easy win in a match that lasted just 31 minutes.

Earlier in the day, men's doubles pair of Satwiksairaj Rankireddy and Chirag Shetty bowed out of the Thailand Open after stumbling to a loss in the second round. The pair was defeated by the Indonesian pair of Mohammad Ahsan and Hendra Setiawan in straight games 21-19, 21-17.

Saina Nehwal will be in action later on Thursday in her second-round match. (ANI)