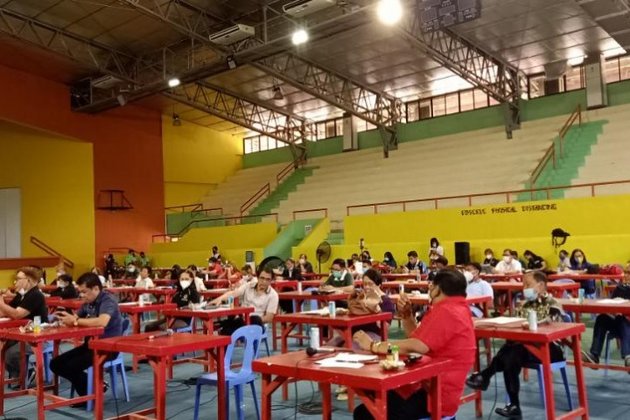 SAN JOSE, Antique, Jan. 14 (PIA) - - The League of of Municipalities of the Philippines (LMP)-Antique Chapter and the Provincial Government of Antique have pledged to contribute funds for the COVID vaccines for Antiquenos.

Governor Rhodora Cadiao said that the provincial government here initially allocated the amount of P10 million for the vaccines and is willing to reprogram other infra projects for the purchase of the vaccines, if needed.

The LMP in Antique has also pledged for more funds which initially summed up to not less that P38 million. This figure could increase when all of the 18 towns could send their commitment.

During the meeting, only the 12 towns present have initially pledged for the said amount.

The town of Caluya has the highest commitment of P10 million, followed by Belison with P7 million, Laua-an-P5 million, San Remigio-P3 million; Bugasong, Pandan, Libertad, Patnongon and Sibalom with P2 million each; and P1 million each for the towns of Sebaste, Anini-y and Tibiao.

Cadiao said they are closely coordinating with the regional and national Inter-Agency Task Force (IATF) for the purchase of said vaccines.

Also, Antique Provincial Health Officer Dr. Leoncio Abiera said that there are guidelines to be followed in the acquisition and administration of the vaccines that province has to abide.

Meanwhile, Cadiao assured the Antiquenos that the local officials in Antique are doing their best to secure the vaccines.

The frontline workers, including those in the barangays, will be given priority, followed by the vulnerable sectors and senior citizens, among others. (JBG/PSM/PIA-Antique)