Dodgers tab May to start Game 7 vs. Braves 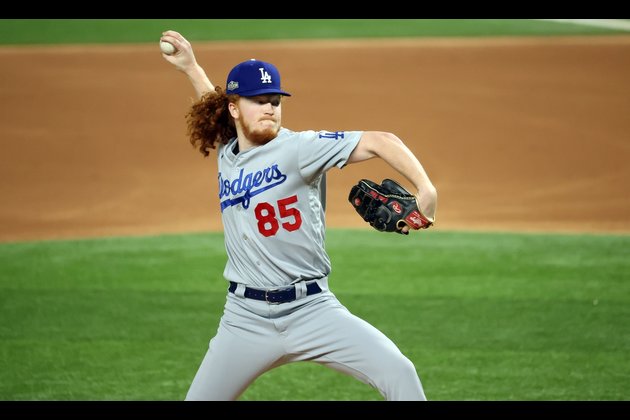 The Los Angeles Dodgers announced that right-hander Dustin May will start Sunday's Game 7 of the National League Championship Series against the Atlanta Braves.

May has had just one day of rest after starting Game 5 on Friday night. He threw 55 pitches in two innings in that contest, allowing two runs (one earned), three hits, two walks while striking out three.

Anderson is 2-0 in three postseason starts and has pitched 15 2/3 innings without allowing a run. He has struck out 22 and allowed just six hits.

The winner of Sunday's game at Arlington, Texas will face the Tampa Bay Rays in the World Series.