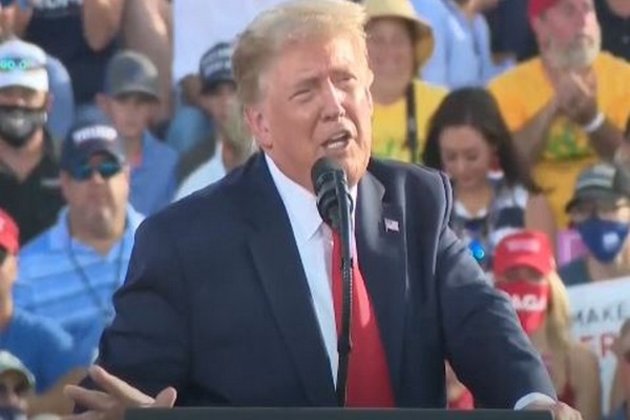 "It is never too late to honour valiant soldiers who fought to keep our nation free. The Merrill's Marauders exemplify bravery and courage, and I applaud President Trump for signing our bill which gives them the recognition they deserve," said US Senator Kevin Cramer (R-ND) in a statement.

The US administration also amended the "National Suicide Hotline Designation Act of 2020," which designates 9-8-8 as the universal telephone number of the purpose of the national suicide prevention and mental health crisis hotline system. (ANI)

Britain and India shore up economic and financial ties

LONDON, UK - Britain and India entered into a range of agreements on Wednesday to solidify their relationship and promote ...

NEW DELHI - India and the U.S. held a "productive" and "successful" third round of 22 dialogue in New Delhi, ...

Acute malnutrition among children in Yemen at highest level ever

Yemeni children are suffering acute malnutrition at unprecedented rates as the world's worst humanitarian crisis grinds on and funding falls ...

OTTAWA, Canada - Five major aerospace companies in Canada and Boeing have inked an agreement which will see a multi-decade, ...

WASHINGTON, DC - The U.S. Federal Communications Commission (FCC) is proposing a rule change that would require television and radio ...