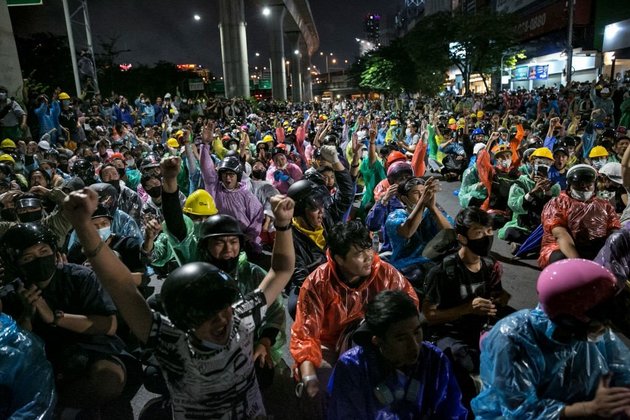 Thai protesters said they would hold another demonstration on Saturday despite a crackdown by police on more than three months of protests that have targeted the powerful monarchy as well as the government.

Police used water cannon on protesters for the first time on Friday. They have arrested more than 50 people - including protest leaders - in the past week.

"We condemn any violence against the people," the People's Movement said in a statement. "We will continue to protest on 17 October", it said, telling people to be ready for the police to use suppression tactics.

It said the protest would begin at 16:00 but did not say where.

Government spokesman Anucha Burapachaisri told Reuters: "There is no win or lose for any side. It's all damage to the country. The government would like to ask protesters to not gather and remain peaceful."

On Thursday, it ordered a ban on protests which have become the biggest challenge in years to Prime Minister Prayuth Chan-ocha, a former junta leader, and have brought unprecedented criticism of King Maha Vajiralongkorn.