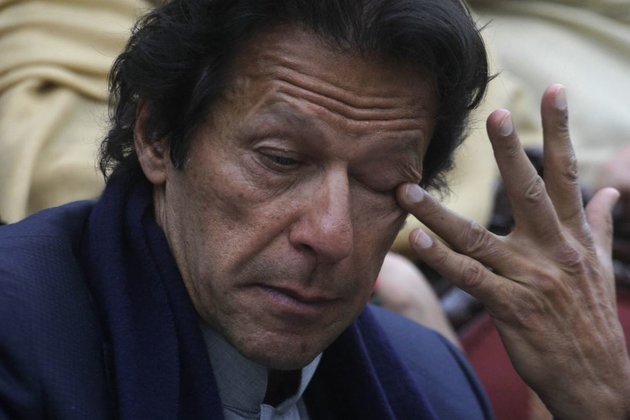 Opposition leaders in Pakistan have vowed to topple the government of Prime Minister Imran Khan within weeks.

The promise was made at an October 16 gathering of the Pakistan Democratic Movement (PDM) in the Pakistani city of Gujranwala, which marked the first rally by the broad alliance of at least nine opposition parties.

Nawaz Sharif, former prime minister and leader of the Pakistan Muslim League-Nawaz (PML-N) party, was among the top opposition leaders speaking at the gathering.

They called for Khan's resignation and for an end to the military's interference in politics.

Sharif, who is receiving medical treatment in London, spoke via video link.

In August, he broke a nearly yearlong silence from exile by vowing to oust Khan from office through protests.

The opposition accuses Khan of only winning the 2018 general election with the help from the country's military, which has an oversized role in the domestic and foreign affairs of the South Asian nation.

He is also accused of targeting the opposition parties in the name of accountability.

The prime minister has denied the charges.

Britain and India shore up economic and financial ties

LONDON, UK - Britain and India entered into a range of agreements on Wednesday to solidify their relationship and promote ...

NEW DELHI - India and the U.S. held a "productive" and "successful" third round of 22 dialogue in New Delhi, ...

Acute malnutrition among children in Yemen at highest level ever

Yemeni children are suffering acute malnutrition at unprecedented rates as the world's worst humanitarian crisis grinds on and funding falls ...

OTTAWA, Canada - Five major aerospace companies in Canada and Boeing have inked an agreement which will see a multi-decade, ...

WASHINGTON, DC - The U.S. Federal Communications Commission (FCC) is proposing a rule change that would require television and radio ...