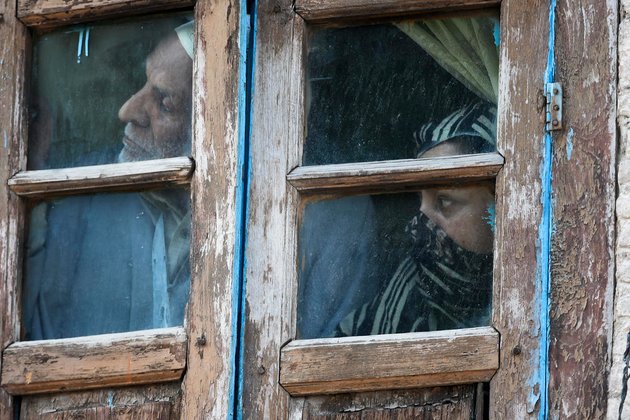 After struggling through two consecutive lockdowns since last year, Indian-administered Kashmir has been pushed to the limit in its mental health crisis, health officials warned on World Mental Health Day.

On 5 August 2019, when New Delhi unilaterally removed the disputed region's partial autonomy and imposed a strict military and communication lockdown, the months-long siege instilled distress among most of the residents, especially women and children.

"We are now going through the worst and the darkest phase of the mental health situation," said a Kashmir-based doctor from at a state-run hospital, who wished not to be named.

"There is an immense rise in the number of cases of depression, anxiety, stress, and trauma. Any doctor in Kashmir, whether a psychiatrist or not, will tell you the same."

About eight million people in Kashmir have lived through the consecutive lockdowns.

Dr Junaid Nabi, consultant psychiatrist at the Department of Psychiatry of Government Medical College in Kashmir said: "For more than 30 years, the state of the mental health situation in Kashmir has been bad, but due to the back-to-back lockdowns, anxiety and distress increased massively."

"In our society, females are a part of the interdependent family structure," he explains. "The closure of schools for so long led to anger issues among children and also parents. Among women, symptoms of depression and somatic symptom disorder are on the rise."

Patriarchy and conservative values in Kashmir have further intensified the problem. Health officials say most people are not truthful about their experiences because of taboos.

"We see around 300-400 patients with depressive symptoms every day. But due to stigma, most people do not seek help," says Nabi.

Surveys conducted in Kashmir by various international organisations show that the region has continuous human rights abuse, including killings, torture, blinding of youngsters, imprisonments, and everyday humiliation of citizens, leading to social and economic deterioration.

In 2015, Doctors Without Borders (MSF) concluded that 45 percent of the total population in the state has significant symptoms of mental distress.

When the world witnessed its first global health lockdown in March due to Covid-19, Kashmir was still yet to open from nearly seven months of disruption to normal life.

Even in the middle of the pandemic, counter-insurgency operations by government forces continued.

In the past few months, at least 20 civilian houses have been destroyed in Srinagar in various encounters between military forces and the militants.

The "mental turmoil" among residents has many reasons. One of the doctors, who deals mostly with women, said: "There has been an increase in domestic violence since lockdown. Women are subversive to men here and they have a tendency to hide their problems, mostly because of financial dependence and other social factors. It changes the whole fabric of society."

One of the women, who lives outside Kashmir, said she could only identify her ailment once she left Kashmir. "When we move out of Kashmir, only then you are able to compare the normal and abnormal. I have been surviving on anti-depressants for the last 12 months now. All my anxiety stems from the trauma I have experienced in various forms back home."

In Kashmir, her family sought help from religious clerics, which further added to her traumatic experience. "Our elders tend to seek ultimate solace in religion, which does not work all the time," she said.

"In Kashmir, I don't think I would have been to seek the help that I have access to now. But unfortunately, the process of healing is long and slow. For us, stress is in present continuous form."