What happens if Donald Trump gets beaten in November 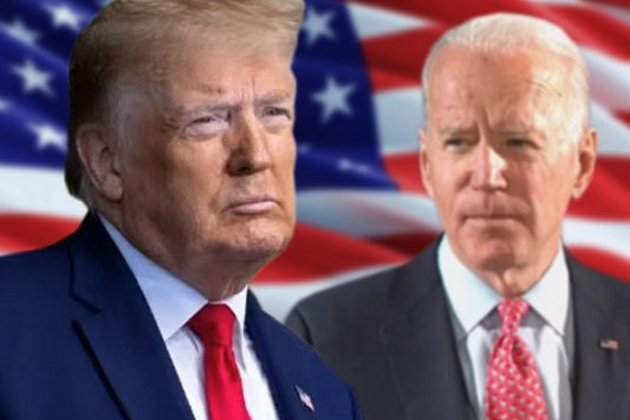 President Trump is confident of another win at the next election, but polls show it could be time for him to consider a career change, writes Dr Lee Duffield.

THE START OF AUGUST means three months to the American Election on Tuesday 3 November, a contest watched more closely than ever following President Donald Trump's recent reversal of fortunes.

With broad disapproval of his mishandling of COVID-19 and the Black Lives Matter protests, the incumbent President has not been able to lift his support in opinion polls - keeping him in an underdog position against the Democratic Party challenger Joe Biden.

He has assets that could still lead to a win, but again, governments rarely get re-elected in the hard conditions of a severe recession and high unemployment.

Considering the man and his army of highly mobilised supporters, it can be fascinating to guess at what will happen if this unpredictable and patently dangerous character gets beaten.

An outline of some main possibilities: He may yet chicken out of the race if bleak calculations mesh with a flash of gutlessness; secondly, if he stays in, he and his Republican Party can be expected to run interference on the electoral process, working the system to get the most impact for their own supporters, and discourage and deflect opposition voters; thirdly, if the process does not go their way, they can move to disable it and run a refusal strategy, trying to get the result overturned; and fourthly, most sinister, mount an opposition without limits.

Trump is attempting to sow doubt and division among U.S. voters in a last-ditch campaign to regain control of the political narrative.

Dropping out: On the premise that Trump is too immature to take a beating, it is possible he will not even stand for re-election. The Republican Party nominating convention set for 24 August will be under COVID-19 regulations, not the scene of roaring adulation the man had been counting on. Does he not look like the kind to drop out of a race if facing a humiliation he cannot stand?

The Democrats have set up a large scale "voter protection" operation to contest attempts to stop people voting, or intimidate them on the day - raising even the possibility of facing off armed partisans hanging around the polling stations. They have been preparing thousands of lawyers to step in against bogus complaints of vote tampering by Trump's Republicans.

American electoral processes have been notorious for corrupt acts, particularly where Republican-run state governments set up processes to disenfranchise poor voters, like having fewer polling stations in the poorer districts; imposing onerous rules on proving identification or residency; and disenfranchising for life the enormous prison population - one-third black and disadvantaged.

A report late in July by the Reuters news agency (Michael Martina and others) outlined what Democrats are calling a nightmare scenario of:

Trump, the pandemic and the News Corp misinformation machine

Recent events in the U.S., Australia and the UK have heightened the urgency of the community campaign to reduce the influence of News Corp's misreporting.

The focus on mail-in voting or postal votes targets an area where votes can be rounded up by community organisers among the disadvantaged. In a development suggested in the Reuters report, Trump could win on the day in some places, then be overtaken by the postal vote, setting him up to claim the mail-ins were manipulated.

The report quotes a Democratic lawyer, envisaging accusations by a defeated Trump:

Going to court, in the politicised system for appointing judges, the Trump campaign would find some friends. Worse is the prospect of getting out the conservative movement's underclass storm troopers, hoods-in-hoods with military-grade firearms and even armoured cars just to charge up the atmosphere.

Opposition without limits to a new government and even a worst-case situation: The Republican Party, radicalised, but still the conservative party of the country, can draw on deep support in the institutions to destabilise a reform government. The legal shenanigans, capital strikes, campaigns in partisan news media, or resistance inside government organisations - what will the militarised officers of the Homeland Security department, those in military fatigues now bundling demonstrators into unmarked cars, be thinking and doing?

The strategic three months between election night and inauguration day on 20 January invites more speculation. Would Trump in defeat govern as a caretaker or make trouble? Expect at least wholesale pardons of white-collar felons, bizarre last-ditched executive orders, menacing bids to call out the military. The President is himself under investigation for taxation offences and facing other legal processes, sparking ideas that he might try to pardon himself, or, on 21 January, after the end of any real or imagined presidential immunity, get picked at Trump Tower by the FBI.

Career generals by now have noted Donald Trump's propensity to take his Constitutional position as Commander in Chief too literally. They might be counted on to back loyal police mopping up any armed hoods-in-hoods who did not melt away as the heat came on. Halting a gun-totin' column moving down the Indiana Toll Road would be a spectacle. But this would be a sad spectacle: street violence and the President-elect out of public view under special protection; the Vice President-elect in a safe house, maybe just across the border in Canada, in case of an assassination that would make her unwillingly the American Head of State.

As those on America's front lines fight to save lives from COVID-19, the President fights to save face.

The strong suit held by Donald Trump to block-off defeat is the rock-hard core constituency. Polls indicate he is approved by 42% of voters, but some three-quarters of those are mobilised - strongly enthusiastic.

Favourability of Biden for President is lukewarm at 44% and, on the other side of the ledger, 36% are "very unfavourable" - another sign of inordinately strong feelings among Trump backers. It qualifies Biden's very strong lead, 9-10% in voting intention. Biden - variously called elderly, well-known, straight, conventional, crafty and competent - is holding ground but not setting the crowds on fire.

A footnote to the idea of Trump deciding not to stand would be the fair likelihood that Vice President Mike Pence would get the nomination - and the likelihood that he'd turn out to be something similar. He has stood close behind Trump, agreeing with every radical rudeness or lunge, especially the attack on Obamacare and tax cuts for millionaires.

Australians remembering the Federal Election of 2019 will recall how a quick make-over, with a new leader, can freshen up a political party on the nose and restore its chances with the support base. Pence's actual record might get overlooked. He is the former Governor of Indiana who proposed that faith in the Lord's protection would mean no need for national health care and his state is "free-carry" where gunslingers can go armed in public.

It has been aggravating the violence and tragedy in neighbouring Chicago, where gangsters can avoid arms controls by stepping across the Indiana state border to stock up at gunshops any day.

Published by Lee Duffield on Subtropic.