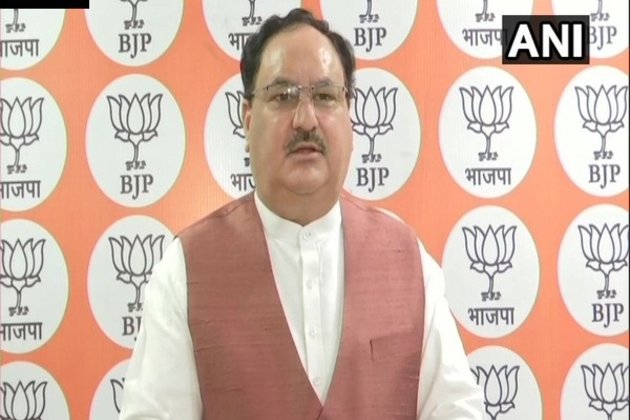 "Congratulations to Prime Minister Narendra Modi Ji and Ram Vilas Paswan Ji as three more states, Manipur, Nagaland and Uttrakhand and Union Territory Jammu and Kashmir also joined the 'One Nation One Ration Card'. This ensures food security to 65 Crore people in 24 States with the aim to cover the whole nation by 31st March 2021," he tweeted.

Earlier on January 1, Paswan had said that this facility had been started in 12 states in the country on the first day of the New Year. On January 21, the government announced that the scheme will be implemented by June 1 across the country. (ANI)

WASHINGTON, DC - The Trump administration has ordered 100 million doses of a COVID-19 vaccine candidate to be manufactured by ...

Hong Kong newspaper fights on despite arrest of proprietor

Lebanon to get new government after current regime quits

BEIRUT, Lebanon - Lebanon's prime minister stepped down from his job on Monday in the wake of the disastrous Beirut ...

Chinese government says it has never interfered in U.S. elections

"An incredible opportunity for domestic manufacturing." That's how Mercedes Gonzalez, a director at Global Purchasing Companies, describes an unexpected benefit ...

SYDNEY, Australia - Asian stock markets were mixed on Wednesday, rising in Japan and Hong Kong, but falling in China ...

Donald Trump's WeChat ban targets a celebrated Chinese innovation at the heart of the world's largest mobile gaming and social ...

NEW YORK, New York - U.S. stocks have fallen across the board on Tuesday as a deal between Democrats and ...

Facebook to clamp down on publishers with political affiliations