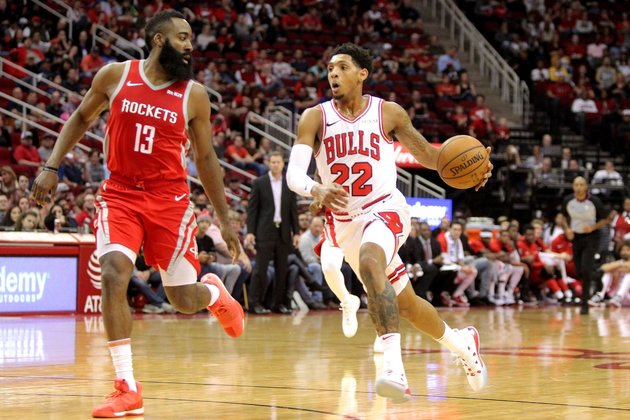 The Phoenix Suns announced the signing of Cameron Payne on Tuesday, adding a 25-year-old point guard who hasn't played in an NBA game this season.

Payne played two games with the Shanxi Loongs of the Chinese Basketball Association and averaged 22.5 points, 7.5 assists, 6.0 rebounds and 4.5 steals, and later played 15 games for the Texas Legends of the G League. He averaged 23.2 points, 8.1 assists, 4.9 rebounds and 2.3 thefts for the Legends.

Payne was a first-round pick (14th overall) of the Oklahoma City Thunder in the 2015 NBA Draft and played 77 games for the team over parts of two seasons before being traded to Chicago in February 2017.

He spent portions of three campaigns with the Bulls before being waived on Jan. 3, 2019. He later played nine games with the Cleveland Cavaliers that season.

Payne signed with the Toronto Raptors as a free agent last July and was released shortly before the start of the 2019-20 season.

The Suns open play in the restarted NBA season on July 31 against the Washington Wizards at the ESPN Wide World of Sports Complex near Orlando.