People clang utensils to drive away locusts in Kathmandu 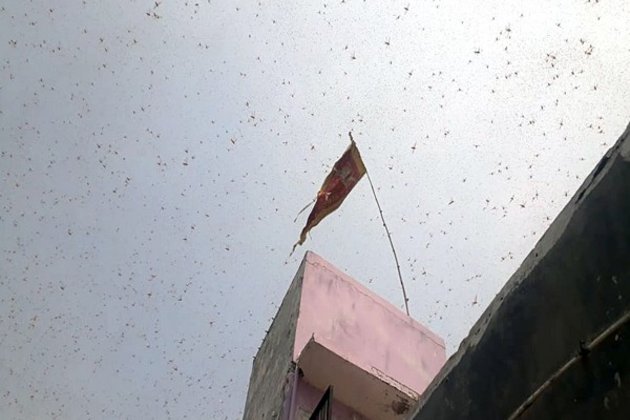 Kathmandu [Nepal], July 1 (ANI): Swarms of locust reached Nepal on Tuesday and people came up to their rooftops and clanged utensils to scare the locusts away.

Locals of Balajutar resorted to the clanging of utensils and tin cans to bursting firecrackers in a bid to chase them away.

"While we were trying hard to get rid of the locusts, it was also fun to clatter utensils," Devika Ghimire, a resident of Kathmandu, told ANI.

As it is after about 6 decades the locusts entered the Himalayan Nation, for many people it was the first encounter with locusts.

"I have usually seen maggots in fruits or vegetables. This was the first time that I saw locust attack," Raju Ghimire, another denizen, said.

"There was nothing to be scared in particular with the insect as we knew about a possible attack. It looked like a grasshopper in size but a bit bigger," said Devika.

A working committee formed by the Government of Nepal to study the movement of the locusts has claimed that the swarm entered the capital from the southern direction of Kathmandu. The committee has estimated the number of locusts to be over a thousand.

Seeing the destruction of crops, various local bodies and organizations have started announcing bounty for the locusts. (ANI)