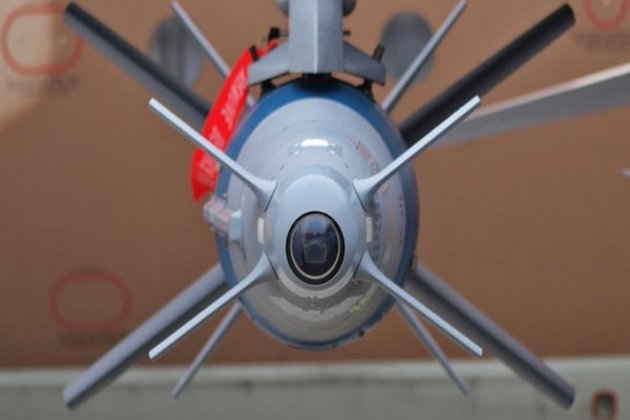 New Delhi [India], June 30 (ANI): Seeking to further strengthen its capability to hit ground targets, India is planning to acquire a lethal and more capable version of the Spice-2000 bombs.

The bombs, which were used effectively to destroy the Pakistani terrorist camp in Balakot town in Khyber Pakhtunkhwa province last year, are planned to be acquired by the Air Force as part of the emergency financial powers granted to the services in the middle of a row with China.

The Spice-2000 bombs can hit targets upto 70 kms and the new variant inducted in the force can also destroy bunkers and hardened shelters, they said.

The version used in the Balakot airstrikes could penetrate into hardened shelters and buildings and cause destruction inside.

Under the emergency powers, the Narendra Modi government has granted financial power to the defence forces under which they can buy any weapon system under Rs 500 crore.

This emergency power was given close on the heels of recent clashes between Indian and Chinese troops in Galwan Valley of eastern Ladakh in which 20 Indian soldiers lost their lives.

The armed forces were granted similar financial power after the Uri terror attack and the Balakot airstrike against Pakistan.

As part of the process, the Army is planning to place orders for the Excalibur precision-guided missiles from the US under Foreign Military sales procedure while the Navy is also looking to buy equipment under the procedure this time. (ANI)