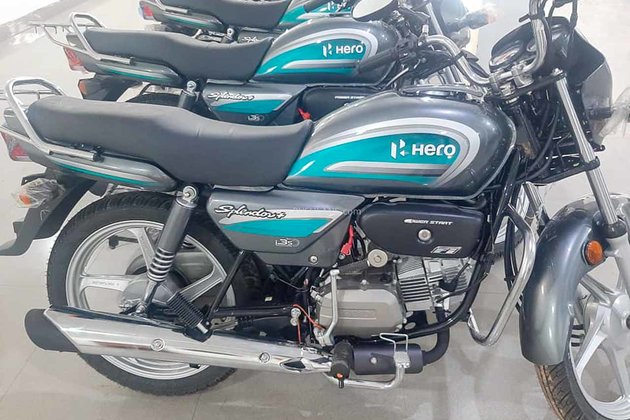 India is the largest market for two wheelers in the world

As per Society of Indian Automobile Manufacturers (SIAM) sales figures for FY2020 (April 2019-March 2020), here are the best selling motorcycles in India which are priced under Rs 1 lakh.

Hero Splendor Plus is priced from Rs.60,350 to Rs.63,810 and the commuter bike is presented in three variants. It is powered by a 97cc air cooled, single cylinder engine offering 8.01 PS power at 8,000 rpm and 8.05 Nm torque at 6,000 rpm. It weighs 112 kgs and gets a 9 liter fuel tank and is offered in four colour options of Heavy Grey with Green, Black with Sport Red, Black with Silver and Black with Purple. 18" wheels, 130mm drum brakes at both ends and a double down tube cradle framework are among its highlights.

Hero HF Deluxe BS6 is powered by a 97cc engine offering 8.02PS power at 800rpm and 8.05Nm torque at 6000rpm mated to a 4 speed gearbox. It gets drum brakes at both ends and weighs a total of 112 kgs. Colour options include Techno Blue, Heavy Grey with Green, Heavy Grey with Black, Black with Red and Black with Purple. It also receives idle Start Stop System which shuts off the engine when idling in traffic while other safety equipment also includes a combined braking system as standard.

Hero Glamour is sold in drum and disc variants and gets 6 new colour options of Black with Blue, Black with Grey, Black with Red, Black with Sports Red, Black with Techno Blue and Candy Blazing Red. The Glamour is powered by a new BS6 compliant 125cc, fuel injected motor offering 11 PS power at 7,500 rpm and 10.6 Nm torque at 6,000 rpm mated to a 5 speed gearbox. It gets crawl function and i3S start stop technology. It is positioned on a new diamond type frame which takes the place of its earlier tubular double cradle framework and sits on 18" wheels.