OPINION | Eskom must tackle the cost of its coal contracts 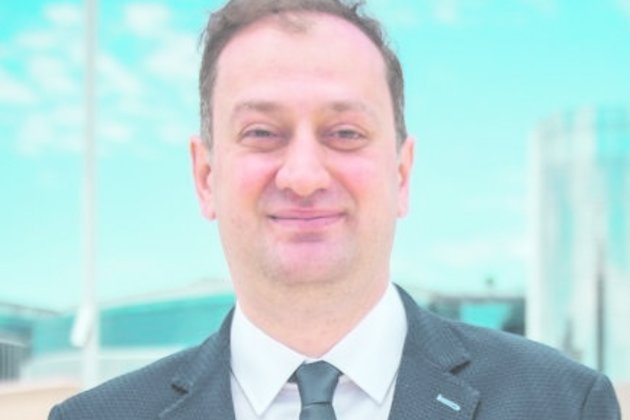 The lockdown is imposing additional financial strain on Eskom and necessitates urgent solutions to get the company on a sustainable path beyond Covid-19.

It is estimated Eskom will lose between R2.5 billion and R3 billion in revenue per month due to the low electricity demand triggered by the national lockdown.

At the onset of the lockdown Public Enterprises Minister Pravin Gordhan, Minerals and Energy Minister Gwede Mantashe and Trade and Industry Minister Ebrahim Patel had not concluded discussions with Eskom coal suppliers about price cuts. The discussions began last year and have been ongoing, triggered by the need to cut Eskom's costs base and reduce debt to manageable levels.

Some industry observers have suggested that one of the easiest ways to cut Eskom's debt burden would be to reduce what they describe as Eskom's "bloated" work force. Predictably, this has been vociferously resisted by unions who point to coal contracts as the biggest elephant in the room.

Besides, cutting the work force is politically difficult for government given the highest level of unemployment in the country. The Covid-19 induced economic recession makes it even less attractive option.

Another option that has been on the table at the National Economic Development and Labour Council is capital injection by the government employee pension fund to reduce Eskom debt and save jobs. This idea, preferred by some unions, has been criticized by those who believe Eskom would be too high a risk to plough money pensioners may not recover.

The financial demands placed on the government as a result of the economic effects of Covid-19 will make bailout option any form or shape by government pensioners near-impossible. This is because the government has had to incur more debt for social relief to avert hunger and to cushion the blow on companies.

Given the fact that government employee pension fund offers defined benefits and is guaranteed by an already over-burdened state, the risk of using those funds for Eskom bailout would be way high after Covid-19.

So, what should Eskom do to alleviate its debt problem and remain viable in a slowing economy that desperately needs a reliable energy supplier to kick-start? This question is critical if we consider the fact that a healthy Eskom will be indispensable if we have a chance of rebuilding a job-creating and thriving post-Covid-19 economy.

Eskom's biggest costs, as the unions have been at pains to regularly point out, are not employees. While it is true that efficiencies can be gained by trimming staff costs, to balance the ratio cost per employee versus amount of electricity generated per employee, the bulk of the costs are incurred in coal purchases. Coal inflation went up by as much as 14 percent in the last financial year, more than double the country's average (and falling) inflation rate.

In any event, a few months ago, Eskom began a voluntary process to trim the staff. It's not clear yet whether the process has been successful. It is common course that Eskom's procurement processes were not covered in glory over the years - something which new chief executive officer Andre de Ruyter has undertaken to fix.

But tinkering with the procurement process can only yield short-term relief, as those who benefit from costly irregularities - within and outside Eskom - are likely to fight back and hobble the cleaning process.

The solution is, therefore, to overhaul the coal purchasing system by designing and implementing an index pricing model.

What this model will do is to strip out price variations based on personal negotiations or connections between certain individuals or companies. It will thus make the prices transparent as the index will be made public.

The public can verify whether or not a certain supplier is paid at the right price or not - something that's not possible at this stage due to opaque agreements safely covered by confidentiality clauses.

This new model will also remove unnecessary aspersions cast on Eskom employees who are often perceived to be guilty of corruption by association. We must acknowledge that there are many hardworking, highly skilled, honest and patriotic officials at Eskom. Indeed, were it not for their patriotism, we wouldn't know some of the shenanigans of state capture involving the Guptas.

Eskom is ultimately the buyer of coal and it must decide on the cost-effective model to procure the coal. The duty to give effect to this rests with the company's chief executive officer, De Ruyter. Unencumbered by the legacy of wrong things that happened in the past, he has an opportunity to make history and leave a legacy.

He should drive the index pricing process, seek advice from Treasury as well as competition authorities.

Here are some of the issues to consider in the process to establish an index price model: First, pricing should be standardized to eliminate the perverse incentive for corruption that is fueled by the current procurement system. There should be a process to face out the current system within reasonable period. Eskom's CEO and Treasury should lead the process towards the index-based price model.

Eskom should be bound by the prescripts of the Public Finance Management Act in the procurement of all goods, except coal which should be governed by the transparent index price model.

Second, prices of all coal types and qualities should be published on Eskom's website as well as trajectory of the company's short- to long-term needs.

Fourth, Eskom should create a roadmap for projects that should come on-stream for long-term sustainability of supply and ensure that their development is fast-tracked.

Fifth, process to register as a supplier to Eskom must be made easier by strengthening the utility's buyer capacity. This could be very useful to emerging miners.

Sixth, Eskom should buy direct from coal miners and the costly "middle-man" phenomenon must be scrapped to reduce cost of coal.Seventh, concerns raised by unions about expensive coal contracts should not be brushed aside. These should be investigated.

Last, the National Prosecuting Authority and Eskom must provide regular updates about recovery of money stolen during state capture as well as pending prosecutions of those involve in stealing during the construction of Medupi and Kusile.