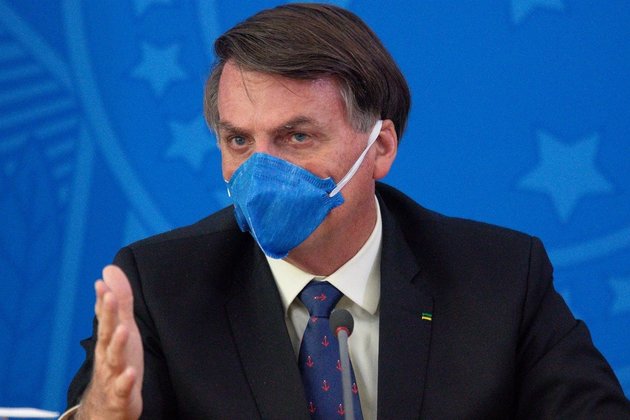 South America is "a new epicenter" of the coronavirus pandemic, the World Health Organization has declared, as US President Donald Trump intensified his push to reopen the reeling American economy.

Brazil led the surge across South America, its death toll passing 21 000 on Friday from 330 000 infections, the third highest caseload of any country in a pandemic that has infected 5.2 million globally and killed more than 338 000.

China reported more positive figures on Saturday, recording no new infections for the first time since it began reporting its data in January.

However, there are signs that other Asian countries are facing an upsurge -- India registering jumps of more than 5 000 cases each day for much of the past week, although from a much lower base than the hardest-hit countries in Europe and the Americas.

Experts have hailed the impact of lockdown measures for slowing the spread of the Covid-19 disease, but Trump has long prioritised the needs of the economy over public health concerns - renewing his attacks on Friday on local officials for refusing to allow businesses to reopen.

His concerns about the economy were thrown into stark relief late on Friday when car-rental giant Hertz filed for bankruptcy for its North American operations -- yet another sign of the virus and lockdown laying waste to the US economy, which has already shed almost 40 million jobs.

In Europe, where rates of infections and deaths are stabilizing in many countries, governments are moving away from enforced national lockdowns towards advisory measures involving social distancing.

"In a sense, South America has become a new epicenter for the disease," WHO emergencies director Mike Ryan said on Friday, singling out Brazil.

Unlike in Europe and the United States, where the elderly were hardest-hit, a significant number of deaths in Brazil have been younger people, who are often driven by poverty to work despite the threat of infection.

As the toll mounted, grave-diggers at a cemetery outside the commercial hub Sao Paulo were scrambling to keep up.

"We've been working 12-hour days, burying them one after the other," said one worker at Vila Formosa, wearing a white protective suit, mask and face shield.

Elsewhere in Latin America, Peru was also struggling with an intense outbreak -- the country of 32 million having registered more than 110,000 cases and 3,100 deaths.

The figures, though disastrous for region, are dwarfed by the 96,000 deaths suffered so far in the United States, which has registered 1.6 million infections.

However, Trump is facing an uphill re-election battle later this year and is ramping up pressure on state and local governments, telling them on Friday to restart religious services immediately by reclassifying churches, synagogues and mosques as "essential services".

"In America, we need more prayer, not less," said Trump, who counts religious conservatives as a core of his electoral base.

The US also pushed on Friday to restart the sporting calendar, exempting from travel bans foreign professional athletes competing in the top leagues for several sports, including basketball, tennis and golf.

Hopes that existing drugs could be used to treat the disease were dealt a blow on Friday when a study of hydroxychloroquine, a treatment often touted by Trump, showed it gave no benefit to virus patients and increased the risk of death.

However, the full results from a study of anti-viral drug remdesivir suggested it cut recovery times in virus patients - again raising hope of a breakthrough.

Although the study's authors conceded the results were not comprehensive enough to conclude that the drug was responsible for the effects.

Experts have warned that until a vaccine or treatment is developed, lockdown measures will persist in some form to prevent new waves of infection.

But the restrictions are being challenged around the world.

With the Islamic holy month of Ramadan coming to an end, hundreds of millions of Muslims would usually be gearing up for the Eid al-Fitr festival -- often travelling to be with family.

Lockdowns have made the usual celebrations impossible.

But in the world's most populous Muslim country, Indonesia, people were scrambling to get around the rules.

One man told AFP he had managed to get a fake certificate for his daughter to travel home from university in the capital, Jakarta, saying "we miss her so much. We want to celebrate Eid al-Fitr together like in past years".

Although the lockdowns have put immense pressure on economies and governments, some Europeans are adapting to the new mode of life, reclaiming their cities and towns from the tourist hordes.

"All my childhood, I played in this park but I never came with my daughter because it was impossible to do anything, there were too many people," says Laia Torra, in Barcelona's Park Guell, designed by architect Antoni Gaudi.

"It's wonderful, it's like going back 20 years," says Torra as the kids gallivant on a scooter and bike. "We know it's temporary but we have to take advantage of it.