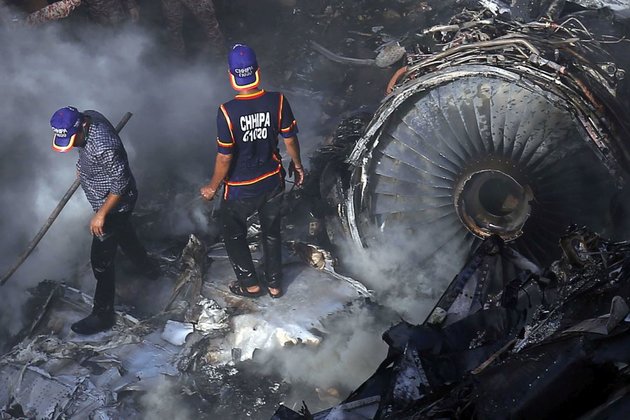 Investigators have recovered the black box flight recorders from the wreckage of a Pakistani International Airlines (PIA) jet that crashed in Karachi killing 97 people.

Company spokesman Abdullah Khan said on May 23 that Flight PK8303's two recorders, located a day earlier, would be turned over to civil aviation authorities.

Provincial health officials earlier said that two of the 99 people on board the Airbus A-380 had survived.

There were reports that people had been killed on the ground, but it was unclear how many and whether their bodies had been recovered.

The jet was traveling from the eastern city of Lahore when it crashed May 22 on its second approach to Karachi's Jinnah International Airport.