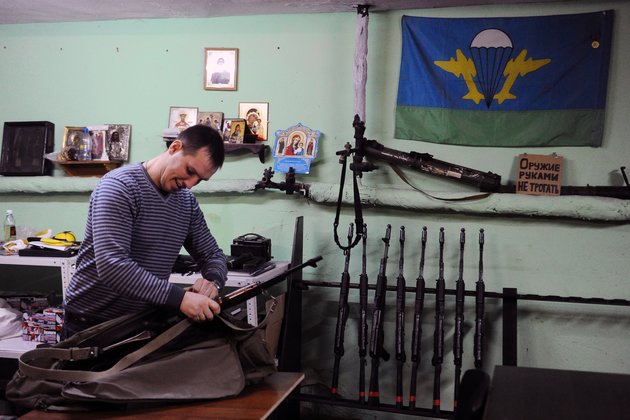 The move comes after the first anniversary of the terrorist attack on two mosques in Christchurch, New Zealand. The March 15, 2019, attack was linked to a global rise in white supremacism and alt-right extremism since 2015.

"These historic designations are just one part of the administration's broader efforts to counter white supremacist terrorism abroad," Nathan Sales, the State Department's coordinator for counterterrorism and ambassador-at-large, said Monday.

"We're bringing all of our counterterrorism tools to this fight - information-sharing, counter-messaging, combating terrorist travel, engaging with tech companies and building partner capacity - to protect soft targets like synagogues and mosques," Sales added.

The designation denies RIM and its leaders access to the U.S. financial system. Any assets they may have in the U.S. are now frozen. Americans will also be banned from financial dealings with the group.

The State Department said Monday's designation not only makes it "substantially more difficult" for RIM to move money throughout the international financial system, but also makes it easier for U.S. officials at the borders to stop RIM-related individuals from traveling to the U.S.

"White supremacist groups are increasingly transnational in nature. This is an important first step by this administration, both in terms of substance and public messaging," said Seamus Hughes, deputy director of the Program on Extremism at George Washington University.

RIM provides paramilitary-style training to neo-Nazis and white supremacists. The organization also attempts to rally like-minded Europeans and Americans against perceived enemies. RIM has two training facilities in St. Petersburg, which likely are being used for woodland and urban assault, tactical weapons, and hand-to-hand combat training, according to the State Department.

In August 2016, two Swedish men traveled to St. Petersburg and underwent 11 days of paramilitary-style training provided by RIM. A few months later, these men and another person conducted a series of terrorist attacks in the Swedish city of Gothenburg, including a bomb attack outside a cafe and the bombing of a migrant center.

When asked about RIM's outreach and potential connections to domestic white supremacist groups in the U.S., Sales said while Washington does not have the authority to designate groups or individuals on the basis of constitutionally protected speech, blacklisting RIM enables U.S. authorities to keep these terrorists off U.S. soil and denies them resources that could harm U.S. interests.

"We've seen what RIM-trained terrorists can do in Europe. We want to make sure that RIM is not able, or any terrorist group is not able, to accomplish something similar here in the United States, that is to say providing training that could enable violent attacks and deadly attacks here on the homeland," Sales told reporters in a telephone briefing on Monday.

Some analysts say the rise of white supremacy in Western society and far-right groups in Europe has been part of a disinformation campaign by the Russian government, taking advantage of anything they can do to create divisiveness in Western societies.