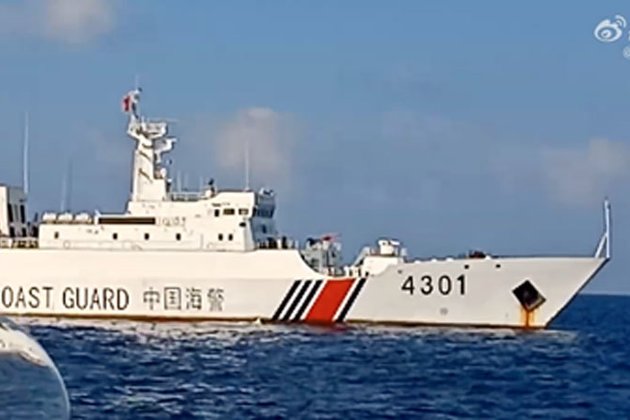 The United States said Monday it was "seriously concerned" by the recent sinking of a Vietnamese fishing vessel by the China Coast Guard and accused Beijing of exploiting the COVID-19 pandemic to expand its "unlawful claims" in the South China Sea.

Vietnam has accused the China Coast Guard (CCG) of sinking the fishing boat near the disputed Paracel Islands in the early hours of April 2 and lodged an official protest to Beijing. China claims that the Vietnamese boat sank itself after ramming a CCG ship.

The State Department statement left little doubt about who it considered to blame. Spokeswoman Morgan Ortagus described it as "the latest in a long string of PRC actions to assert unlawful maritime claims and disadvantage its Southeast Asian neighbors in the South China Sea." PRC refers to the nation's formal title, the People's Republic of China.

"Since the outbreak of the global pandemic, Beijing has also announced new 'research stations' on military bases it built on Fiery Cross Reef and Subi Reef, and landed special military aircraft on Fiery Cross Reef," Ortagus said, referring to artificial islands constructed by China. "The PRC has also continued to deploy maritime militia around the Spratly Islands."

She said U.S. shares the position of the 2016 Law of the Sea tribunal decision that dismissed China's maritime claims to the area.

"We call on the PRC to remain focused on supporting international efforts to combat the global pandemic, and to stop exploiting the distraction or vulnerability of other states to expand its unlawful claims in the South China Sea," Ortagus said.

Among the six claimants in the South China Sea, China and Vietnam's rivalry is perhaps the most intense. Both claim sovereignty over the Spratly island chain and the Paracels, which lie further north. There are periodic confrontations between their vessels.

In the latest incident, Vietnamese media reported that last Thursday, at about midnight, a fishing boat named the 'QNg 90617' from Quang Ngai province had gone missing nearby Woody Island, a Chinese-occupied outpost in the Paracels. A search by other Vietnamese fishermen in the area allegedly revealed the presence of a China Coast Guard ship. The CCG returned the eight fishermen from the missing ship to Vietnam the next day.

In a statement Friday, the CCG blamed the fishing vessel for ramming a CCG ship, the 4301, and subsequently sinking itself. "In the early hours of April 2, the Vietnamese fishing vessel QNg 90617 illegally entered the waters of the Xisha Islands to engage in fishing activities," the release said, using the Chinese name for the Paracel Islands.

"It sank after hitting China Coast Guard 4301. All eight crew members were rescued by our coastguard," the statement said.

Vietnam's Foreign Ministry spokeswoman Nam Le Thi Thu Hang accused the China Coast Guard of sinking the ship instead. "The Chinese vessel committed an act that violated Vietnam's sovereignty over Hoang Sa," she said Friday, using the Vietnamese name for the Paracel Islands, "and threatened the lives and damaged the property and legitimate interest of Vietnamese fishermen." The ministry also asked for the fishermen to be compensated by China.

Vessel-tracking software used by Radio Free Asia does not show the presence of either Vietnamese fishing vessels or CCG ships in the Paracel Islands at the time of the incident, but the Vietnamese fishermen shared photos of CCG ships 4301, 3001, and 4001 with Thanh Nien, a Vietnamese newspaper, after their return. One photo clearly shows the QNg 90617 sinking into the ocean.

Satellite imagery shows a CCG ship docked at Woody Island on Mar 30, right before the incident, and two CCG ships, including one of a much larger class, patrolling Woody Island's northeast on April 4.