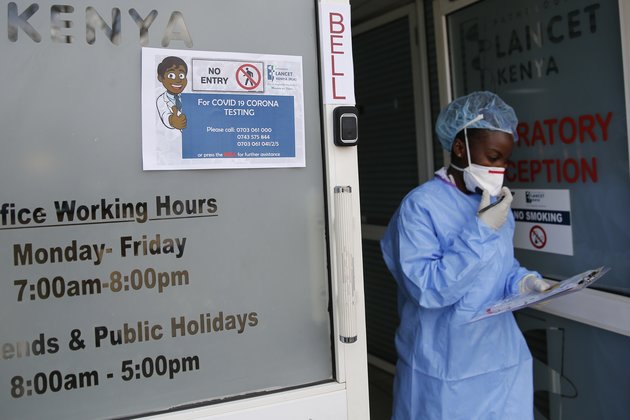 NAIROBI - Kenya's Health Ministry says a six-year-old child has died of coronavirus complications, becoming the youngest victim of the virus to die in Kenya. As of Friday, more than 120 people in Kenya have been confirmed to have COVID-19.

Mercy Mwangagi, the chief administrative secretary at Kenya's Ministry of Health, announced the death at a news conference Friday.

"I am saddened to inform you that we have lost another patient to the coronavirus disease. The person, a six-year-old male child, who was also ailing from other medical conditions and had been admitted to Kenyatta National Hospital. This now brings to four the number of those who have died as a result of this disease," Mwangagi said.

The Ministry of Health said some of the new cases were not imported but were the result of community transmission.

Experts have warned that Nairobi's crowded slums could be breeding grounds for the virus. The health ministry has projected that the country's coronavirus load could rise 5,000 cases by the end of April.

Last week, the government imposed a daily 7 p.m. to 5 a.m. curfew, among other measures, in a bid to curb the spread of COVID-19.

Preparing for tough times ahead, Minister of Trade Betty Maina announced Friday that Kenya has started manufacturing masks and other equipment for health workers in order to avoid any shortages in the future.

"Since last week, we have been working hard to see if we can actually supply this within the country, because it has proved a challenge to trace them and to be able order them around the world because the demand from Europe and the U.S is very large," she said. " I am very excited that as we announced on Sunday, the Kenyan textile industry has risen up to the task and is currently able to produce as many masks as we require.

Maina said companies also are starting to make personal protective gear for medical staff on the front lines against the disease.