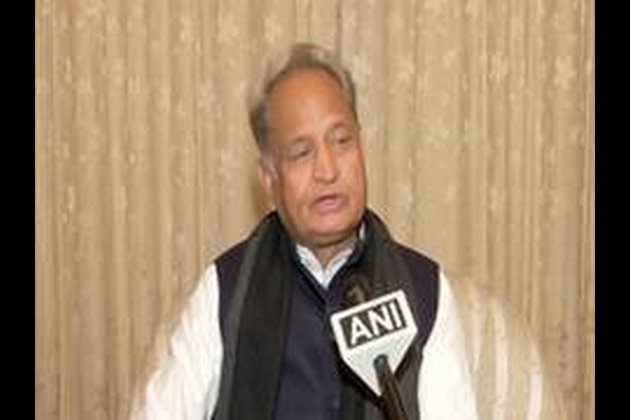 He has requested Prime Minister Modi to announce economic package including a grant of Rs 1 lakh crore for the States without any further delay.

Gehlot has further mentioned that the Reserve Bank of India (RBI) recently increased the limit of Wage and Means Advance (WMA) by 30 per cent but not as interest-free as requested in the last letter. The RBI in such tough times should provide interest-free WMA facility to the State governments to effectively deal with the COVID-19 pandemic.

He once again requested to include inter-alia relaxing the borrowing limits of the States; granting moratorium of at least three months on payment of instalments due to RBI and other financial institutions under the Government of India and raising the State Developmental Loans through the Government of India in the bond market for onwards leading to respective State governments.

The Chief Minister in his letter has asked the Government of India to consider giving wage subsidy as done in countries such as Canada, as workers in the unorganised sector are facing a loss of their livelihoods.

He said that the Garib Kalyan Yojana and Economic Package announced by the Government of India to contain the economic downturn caused by COVID-19 pandemic is a welcome step. "Its timely implementation would be in the public interest," he said.

Gehlot has requested the Government of India to exponentially increase the testing facilities to get the accurate picture of the spread of coronavirus in the country. He once again reiterated that Government of India should also put in place the clearly laid down inter-state supply chain protocol for the movement of essential goods.

Chief Minister Gehlot has further asked the PM to make arrangements for importing testing kits and Personal Protection Equipment (PPE) for doctors and medical staff on a war footing and the same should be distributed to the States based on the number of cases. The Ministry of Health and Family Welfare should certify and fix the price for the ventilators for the ease of buying.

He has also requested to provide food grains at par with National Food Security Scheme (NFSS) beneficiaries to stranded migrant labourers and also to the street vendors, rickshaw pullers, registered construction workers (unskilled and semi-skilled) and factory workers of States, who are not covered under NFSS.

The Chief Minister also requested to consider making an advance wage payment for 21 days to the registered and active labourers engaged under Mahatma Gandhi National Rural Employment Guarantee Scheme (MGNREGS), which may be adjusted once the work starts at sites. (ANI)