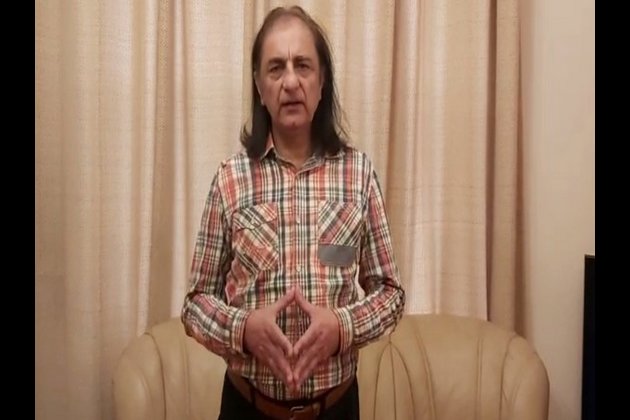 Glasgow, [UK], Apr 06 (ANI): A human rights activist has said that the Pakistan Army is considering a massive deployment of troops in the illegally-occupied Gilgit Baltistan (GB).

Amjad Ayub Mirza said the action is being planned in the name of pre-emptive measures against the pandemic of COVID-19 but the real motive is to abolish the legislative framework of GB and replace it with absolute army rule.

"Pakistan is planning a massive army deployment in Gilgit Baltistan. All this is being done at the pretext of preventive measures against Coronavirus. They say this is being done to improve the arrangements at the community level. We are also hearing from different sources that Islamabad is planning to impose Governor Raj (Rule) in the region. And the reason they are giving for the move is that all ministers ofGilgit Baltistan have run away and they are not present in relief work being done for the people", said Dr. Mirza.

The activist has alleged that a large number of Punjabi people are migrating to PoK. They have used the water route of the river Jhelum and Mangla dam to escape a proper screening.

Earlier, Mirza had accused Islamabad of systematically spreading the virus in the illegally occupied territories of GB and PoK. The devious design of Pakistan is just unfolding.

He has urged Indian leadership to immediately take cognizance of the issue and act accordingly.

The activist termed "sheer negligence" of Pakistani administration as the key reason behind the outbreak of COVID-19 and a rapid rise in the number of infected COVID-19 patients.

Dr. Mirza said that Pakistan didn't take enough preventive measures despite being aware of the fact that Iran bound pilgrims had contracted the virus.

"The first lockdown was imposed in Gilgit Baltistan only. This was done because the religious pilgrims who were coming from Iran were infected with the virus. It was the responsibility of the Pakistan administration to establish screening centers at the Gilgit Baltistan- Iran border and test people there only. Gilgit Baltistan is going to be under army occupation now", said the activist.

The number of cases in GB and PoK is growing rapidly. The exact number, however, cannot be confirmed owing to the secrecy and sanctions around the press in the region.

History, however, demonstrates the fact that Pakistan can stoop to a very low level of exploiting a crisis and this time it is trying to gain out of coronavirus pandemic by considering a massive army deployment in Gilgit BaltistanIn such circumstances, people of the region are left with no option but to give in to an autocratic and soon to be a military regime. (ANI)