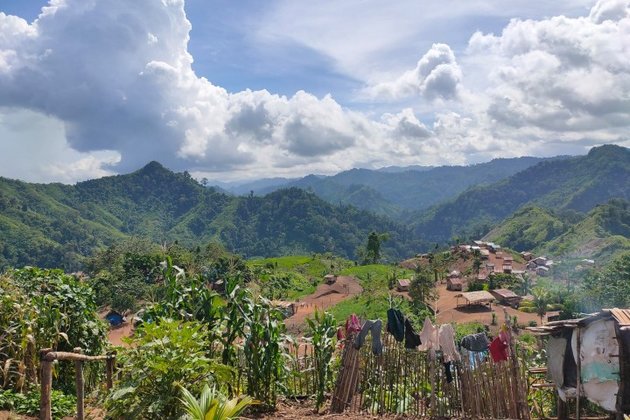 Mediator (60th) Infantry Battalion commander, Lt. Col Ronaldo Sarmiento confirmed reports of the firefight this morning (Mar. 24) at around 10:00 A.M. between NPA rebels and his Mediator troopers assigned to safeguard Sitio Tapayon that nestles at the tri-boundary of Davao del Norte in Davao Region, Bukidnon of Northern Mindanao, and Agusan Sur of the CARAGA Region.

Sarmiento condemns the NPA for staging "harassment" that eventually led to the exchange of gunshots, viewing such act of the NPA as a "disregard to the call of the President for the Armed Forces to focus its services to fight COVID-19".

On March 18, President Duterte declared a unilateral ceasefire with communist rebels in an effort to stave off a nationwide uptick in cases of COVID-19 community infection.

But 60th "Mediator" Battalion said that National Defense Secretary Delfin Lorenzana, however, had advised the AFP and other security forces "to remain vigilant and be prepared to defend themselves considering the CPP-NPA's track record" of taking advantage of ceasefire declaration as a period of staging offensives.

Sarmiento revealed that the terrorist group already had released gunshots at about 6:00 A.M. today (March 24) when 60th IB troopers conducted their routine defense patrol to monitor presence of enemies.

The enemies fired at the position 60th IB positions at about 10:00 A.M. when troopers went back camp at Sitio Tapayanon, he explained.

"They are also putting the lives of the people in danger because they were firing upon our troops situated close to the community," he said in a phone query.

Sarmiento assured the public and the local chief executives of Kapalong and Davao del Norte that "no one among the Sitio Tapayanon residents and that of the Mediator troop was hurt."

The Mediator Battalion reported that the harassment was an "anticipated" act of the NPA "because a community informant has forewarned" of such planned "tactical offensive against its troops conducting community support programs" in boundary areas of same location as Tapayanon.

The Municipality of Kapalong of the Province of Davao del Norte has adopted sitio Tapayonan among the covered IP villages in Barangay Gupitan.

Tapayanon has drawn local, national and international support as the Philippine Army has showcased it as a model of whole-of-nation approach to end local communist armed conflict. (PIA XI/ Jeanevive Duron Abangan with reports from 10th ID and 60th IB)