Will not let Kartarpur corridor to be closed down: Punjab CM 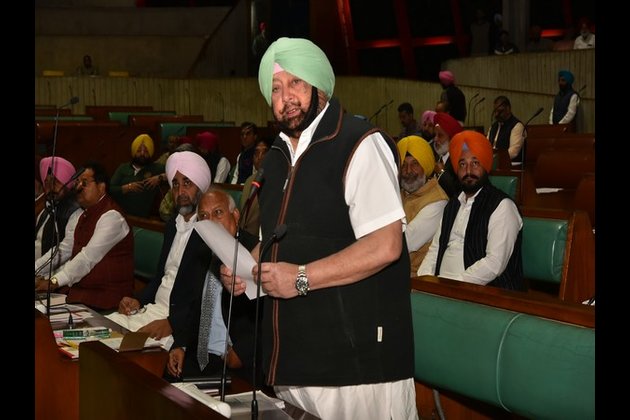 In a statement made in the Punjab Vidhan Sabha today, the Chief Minister asserted that "we will not let Kartarpur corridor be closed down.""The Kartarpur Sahib corridor has been opened because we wanted it to be opened. Every Punjabi wanted it and had prayed for it in daily Ardas every day, along with praying for opening of Nankana Sahib, Panja Sahib, and other Gurdwaras," he said.

Punjab Chief Minister Singh also urged the governments of India and Pakistan to work for the opening of these gurdwaras too.

"My government was party to the decision to open up the corridor. My government worked tirelessly along with the Central government to acquire the land and build the necessary infrastructure in record time for the launch of Kartarpur Sahib corridor to coincide with the 550th birthday celebrations of Guru Nanak Dev Ji in November 2019," said Captain Amarinder.

Responding to the criticism by the opposition parties of recent remarks by DGP Dinkar Gupta for saying, "Kartarpur has the potential...you send someone in the morning and by the evening he is a trained terrorist.", the Chief Minister termed the reactions totally avoidable.

"The DGP has apologised. Everybody makes mistakes. Even I make mistakes. We are human beings. We all make mistakes. This issue is over now. Let us concentrate on peace," he added.

He also underlined the need for vigilance against Pakistan's nefarious designs. "The apprehensions are not because the corridor has been opened but because of the bad intent of Pakistan," he said. (ANI)

Trump companies to be included in Covid-19 bailout package

WASHINGTON, DC - As part of the $2.2 trillion stimulus bill signed into law after it passed the House of ...