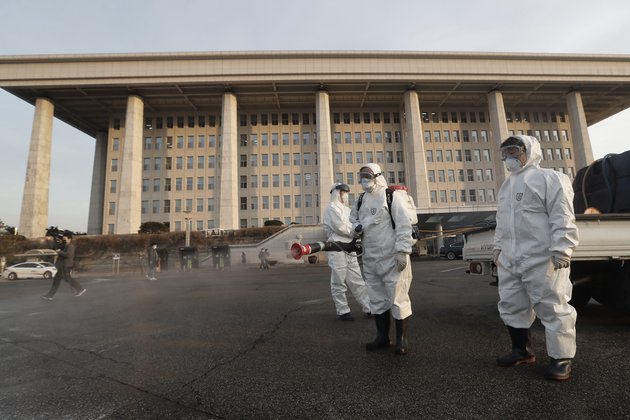 SEOUL - South Korean schools closed, and major events - including concerts and the opening of the top Korean football league - were indefinitely postponed Monday, as the country attempted to limit the spread of the coronavirus.

Warning of a "grave watershed moment," South Korean President Moon Jae-in has placed South Korea on the highest alert level. The move gives authorities greater latitude to forcibly restrict public gatherings and enforce quarantines on those with the virus.

The U.S. military, which has over 28,000 troops in South Korea, also raised its risk level to "high" on Monday after reporting its first coronavirus case: a 61-year-old woman who visited a store at Camp Walker in the southeastern part of the country on February 12 and 15.

The country saw a spike in coronavirus infections starting last week. The outbreak has raised concerns the virus is spreading outside China, where it originated, and may turn into a global pandemic.

Most of the infections are in the southeastern part of the country, including Daegu, South Korea's fourth-largest city, where authorities have warned residents to stay inside and many businesses have closed.

Local media showed long lines snaking around a Daegu department store, as residents tried to buy face masks and other emergency supplies, which in some cases have shot up in price.

In Seoul, which reported a smaller surge in cases last week, many convenience and department stores ran out of face masks and other supplies.

Yoon So-young, a 20-year-old student in Seoul, says he plans to buy extra water and food and has already purchased face masks and hand sanitizers.

"I am worried," he said. "I think the government should have taken firmer steps (to contain the virus)."

Authorities have undertaken a massive public health campaign over the past week.

Residents receive emergency text message alerts when they go near locations that have been visited by a coronavirus-infected patient. The Korea Centers for Disease Control and Prevention sends out several alerts per day - in English and Korean - detailing the latest infection cases.

Many major office buildings use thermal cameras to monitor the temperature of people who entered. Signs on sidewalks, buses, and train stations encourage residents to take proper hygiene steps. Many businesses are providing hand sanitizer.

Almost 32,000 people have been tested for the virus, according to the Korea Centers for Disease Control and Prevention.

Around half of the confirmed infections are linked to the services of a fringe religious group in Daegu. Hundreds of police have been tasked with searching for the remaining members of the group who have not been tested, according to local media.

There are concerns the outbreak could hurt South Korea's economy, which had already seen lagging growth.

President Moon on Monday said the country is in an "emergency economic situation" and called for a "bold injection" of government funds to virus-hit areas, according to the Yonhap news agency.

Some major South Korean companies have been forced to temporarily halt or reduce production due to a shortage of parts from China, where many factories have closed.

Local businesses are also hurting from an apparent reduction in tourism.

At a street-side stand in Seoul's tourist area of Myeongdong, a vendor selling a sweet, red bean-filled pastry said his sales have plummeted by about two-thirds.

"My sales have shrunk. They've really shrunk a lot," said the man, who did not want to provide his name. "I think it will take at least six months to recover."

The outbreak also threatens to become a sensitive political issue, just weeks ahead of an important legislative election.

Many conservative and other critics have urged the government to tighten restrictions on the entry of people from China. An editorial in the conservative Chosun Ilbo compared the government's virus containment efforts to trying to "catch flies with the windows wide open."

But South Korean authorities have rejected those demands, noting the virus has now begun spreading locally among people with no links to China.

The coronavirus has infected nearly 80,000 people worldwide and killed over 2,600. Almost all of the infections and deaths have been in China. 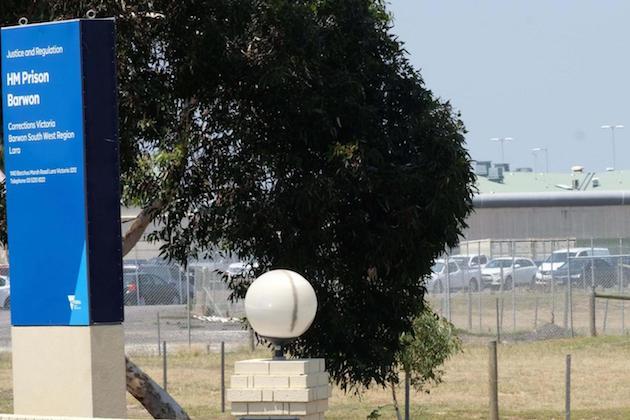