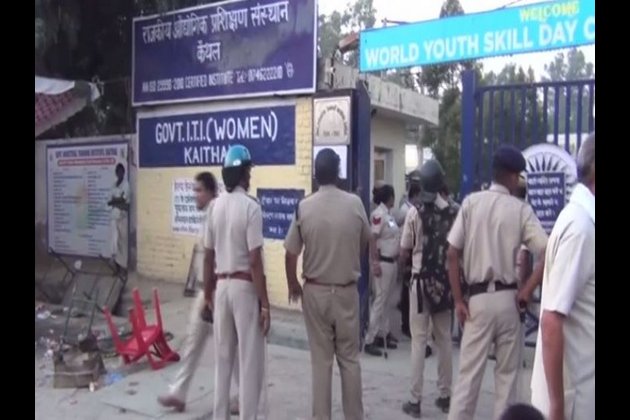 The police said it had to resort to the use of "mild-force" to disperse them.

The incident took place when a Congress leader reached the polling booth at an ITI college to which BJP workers objected and a clash broke out.

An elderly person who was at the spot said he sustained minor injuries in the clash.

Later on, Congress leader Randeep Singh Surjewala arrived at the spot to take stock of the situation.

Priyanka Soni, District Commissioner, Kaithal said that polling was not affected and all polling agents are satisfied.

"There was some disturbance but it had no effect on polling which went on peacefully. All the polling agents are satisfied. The atmosphere was charged since morning," said Soni.

"All police officers were here including DSP, SHO and the situation was under control. Police resorted to mild use of force to disperse workers who clashed," said SP Virendra Vij.

Haryana recorded a voting percentage of 65 per cent in assembly polls till 6 pm, the Election Commission said on Monday. (ANI)