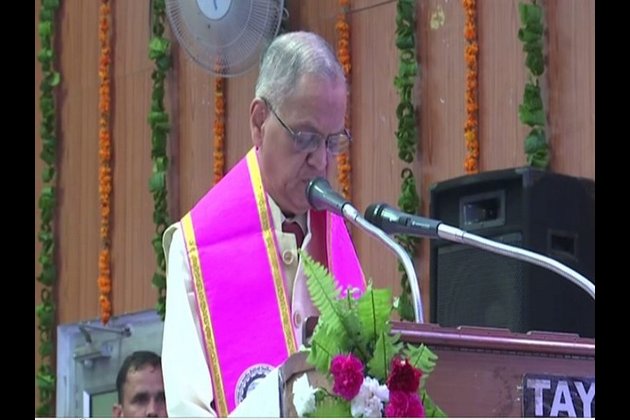 Gorakhpur (Uttar Pradesh) [India], Aug 23 (ANI): IT czar and Infosys co-founder N R Narayana Murthy has said the government must become citizen-friendly and remove obstacles for entrepreneurs so that a large number of jobs can be created across the country.

"For the first time in 300 years, we have an economic environment that engenders confidence that we can indeed overcome poverty and create a better future for every Indian. If we try hard, we can wipe the tears off the eyes of the poorest of the poor child, as Mahatma Gandhi wanted," he said.

Murthy said the Indian economy is growing at a rate of 6 to 7 per cent. The country has become a software development centre of the world. Foreign exchange reserves have crossed 400 billion dollars and investor confidence is at a historic high.

"Portfolio investments from abroad and foreign direct investment into India are growing faster than ever. Our entrepreneurs are receiving huge funding from venture capitalists. Our stock exchanges are doing pretty well. The number of billionaires in India is increasing," he said.

Murthy said people must shun apathy and become proactive in solving the problems of the society, rather than expecting others to do it. At the same time, policymakers should shun jingoism and base their decisions on expertise.

"We have to put the interest of our nation ahead of our personal interests, avoiding our egos and biases. Patriotism also means working with a zeal for the betterment of the society," he added.

On the occasion, Murthy was conferred an honorary doctorate degree by the university.