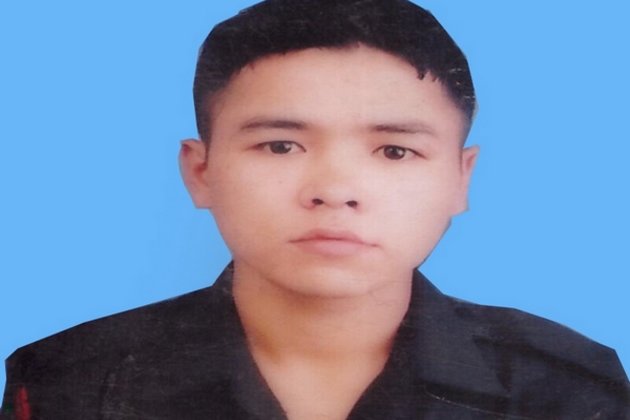 Rajouri (Naoshera) [India], Aug 23 (ANI): An Indian Army soldier lost his life in the unprovoked ceasefire violation by Pakistan along the Line of Control (LoC) in the Naoshera sector on Friday.

The deceased soldier has been identified as Naik Rajib Thapa, a resident of Village Mechpara, District Jalpaiguri, West Bengal.

Naik Thapa is survived by his wife, Khusbu Mangar Thapa.

"He was a brave, highly motivated and sincere soldier. The Nation will always remain indebted to him for the supreme sacrifice and devotion to duty," a defence spokesperson said.

"Indian Army responded strongly and effectively. Heavy damage to Pakistan Army posts and casualties to Pakistan soldiers have been inflicted by own troops," the spokesperson added.

This is the third Indian casualty since August 17 in the unprovoked ceasefire violations by Pakistan along the Line of Control.

On August 20, Naik Ravi Ranjan Kumar had lost his life in the ceasefire violation in the Krishna Ghati sector.

On August 17, Lance Naik Sandeep Thapa had lost his life in the unprovoked firing by Pakistan in Naoshera sector of Rajouri district. (ANI)