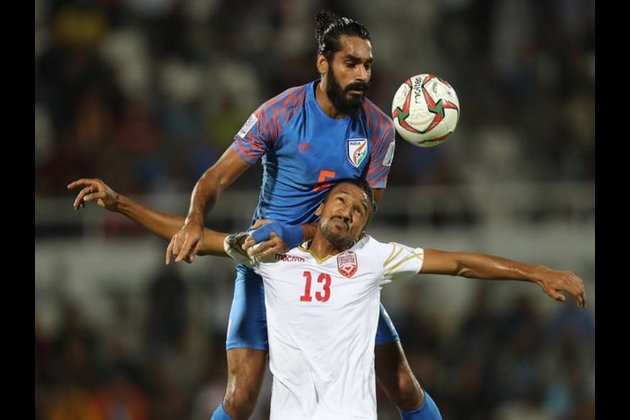 Since the inception of the club in 2014, Jhingan has been an integral part of the club and was named skipper of the side just before the start of the fourth season in 2017.

"I'm staying home. This club, the fans and the state itself have given me a lot. It has helped me be who I am today. So I am delighted to have extended my time at the club," Goal.com quoted Jhingan, as saying.

"Sandesh is as hungry and determined as he was when he debuted for Kerala Blasters five years ago. The club shares his ethos to work hard and leave nothing to chance," he said.

"In Sandesh's own words, he says there is some unfinished business here at Kerala Blasters. Let's win some trophies together for Kerala," said D'Silva.

So far, Jhingan has given 78 Indian Super League (ISL) appearances for the club, most by any player in a Kerala jersey.

Attack on Japanese base in 1938 carried out by Soviets, not U.S.

In 1938, the Americans took credit for an unprecedented Soviet air raid on a Japanese air force base in Taiwan ...

TEHRAN (Tasnim) - China on Wednesday defended the World Health Organization and lashed out at the US decision to withdraw ...

Bullying of International court and Bank of England laid bare

On January 9, 2020, Ambassador Karen Pierce-the United Kingdom's permanent representative to the United Nations-spoke at a meeting on the ...

SYDNEY, NSW, Australia - An extended rally in shares in mainland China lifted spirits across the Asian region on Thursday.Gains ...

QUEZON CITY, Philippines (PIA) -- Despite the global economic recession brought about by the COVID-19 pandemic, the Philippine economy remains ...

U.S. stocks on a roll, Nasdaq at new record high

NEW YORK, New York - Despite the number of Covid-19 cases in the United States topping 3 million on Wednesday, ...

In the past month, there's been an outpouring of support for Black Lives Matter from America's largest corporations.You might have ...

NEW YORK, New York - Stocks in Asia were mostly on Wednesday, in line with the sell-off globally a day ...