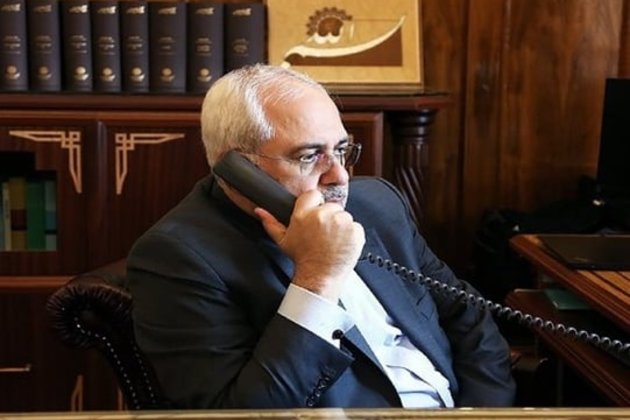 Iranian Foreign Minister Mohammad Javad Zarif says Iran is prepared to work with Pakistan in fight against terrorism, amid the recent terror attack in south-western Pakistan, which killed 14 members of the countrys armed forces.

Zarif made the remarks in a Saturday phone conversation with his Pakistani counterpart Shah Mehmood Qureshi on the eve of the visit of Prime Minister Imran Khan to Iran.

During the talks, the two sides conferred on the most important issues of mutual interest, particularly the Pakistani premiers trip to Iran.

They also discussed Tehran-Islamabad cooperation in various fields, especially in fight against terrorism.

Zarif once again condemned the recent terrorist attack on the Pakistani military and security forces, and expressed sympathy with the countrys nation and government over the inhumane act.

Witnesses and authorities reported the bus was stopped in a remote area on the coastal highway linking the Pakistani port cities of Karachi and Gwadar.

A group of about two dozen assailants disguised as paramilitary forces went through identification cards of all the passengers before forcing 16 of them out and spraying them with bullets.

Earlier on Friday, Zarif had condemned the terrorist attack in a tweet, saying, Terrorists, extremists & their sponsors are terrified by close relations between Muslim states.

The top Iranian diplomat reaffirmed the Islamic Republics support for the Pakistani government and nation.

Terrorism is an ominous phenomenon which will not be eradicated unless through all-out cooperation among the countries that have fallen victim to it, Mousavi said.

He also expressed Tehrans preparedness for any cooperation with the brotherly and neighbouring country of Pakistan in all intelligence, security, and operational aspects of fight against terrorism.