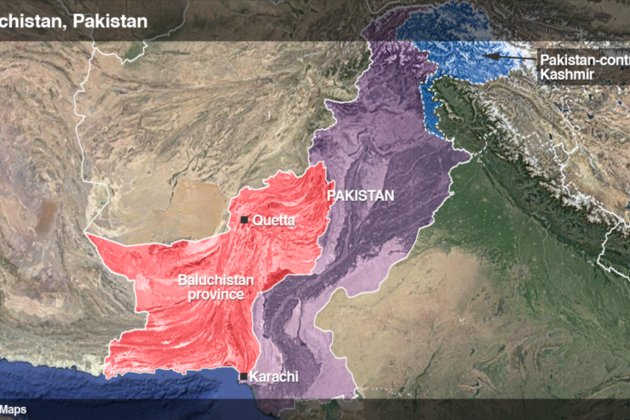 QUETTA, PAKISTAN - Gunmen ambushed a bus and killed 14 passengers after going through their ID cards and forcing them out on a highway in a remote area of southwestern Pakistan before dawn Thursday, officials said.

No group immediately claimed responsibility for the killings. Prime Minister Imran Khan condemned the attack in restive Baluchistan province, calling it an act of terror.

Separatists in Baluchistan frequently target Pakistani security forces and also people from neighboring Punjab province. Punjabis, a different ethnic group from the Baluch, tend to dominate the ranks of the military units stationed in Baluchistan that the separatists are fighting.

The attack took place as the bus was traveling on the Makran coastal highway between the port city of Karachi and the Gwadar port in the southwest, local official Jehangir Dashti told The Associated Press. He said it was unclear who was behind the killings.

Dashti said the passengers targeted in the attack were killed after the assailants checked their identity cards, but he could not confirm if all the slain were Punjabis. Security personnel also frequently use buses to travel to their jobs in Gwadar, a port built through investments and help from China.

Dozens of gunmen were involved in the attack and fled the scene afterward, he said.

In this tragic incident, 14 passengers were forced off the bus, they were lined up in a nearby open area and killed by the terrorists, Dashti said.

Security forces from the nearby town of Buzi Top were dispatched and had reached the area, about 600 kilometers (375 miles) from the provincial capital, Quetta, he added.

In his statement, Prime Minister Khan ordered authorities to make every possible effort to identify and to bring the perpetrators of the barbaric act to justice.

Information Minister Fawad Chaudhry said Pakistan had rendered great sacrifices in the war on terror, which has not ended yet.

Separatists have for years waged a low-level insurgency in oil-rich Baluchistan, complaining of discrimination and demanding a fairer share of the provinces resources and wealth.

Other militant groups also operate in Baluchistan. Last Friday, a suicide bomber targeted an open-air market in Quetta, killing 20 people in an attack claimed by the Islamic State group.

Caribbean and Latin America deadliest region in world for journalists

It has been a deadly decade for journalists across the world, however last year there was a glimmer of hope ...

BAGHDAD, Iraq - Two rockets have landed near the U.S. embassy in Baghdad located in the heavily fortified Green Zone, ...

Taking a look at the politicisation of antisemitism

LONDON, UK In 2004 Greg Philo and Mike Berry authored Bad News from Israel, a ground-breaking work for the Glasgow ...

Grandson of JFK urges Republicans to break ranks with Trump

WASHINGTON - Key players in the impeachment trial of U.S. President Donald Trump and his defense argued sharply Sunday whether ...

SYDNEY, Australia - Stocks in Asia tumbled on Tuesday with fears about a divided America, ahead of the president's impeachment ...

AUSTIN, TEXAS - With China poised to increase purchases of U.S. agricultural goods this year as part of a Phase ...

DUBLIN, Ireland - Apple has been recognised as one of the greatest foreign direct investors in Ireland.The company on Monday ...

BEIJING, China - There are currently eleven nuclear power units under construction in China, the largest number of nuclear power ...

SAN JOSE, California - Apple has added a new toggle that addresses privacy concerns around the location tracking feature on ...

DUBAI, UAE - The 800MW third phase of Dubai's solar park will be operational in April, the Dubai Electricity and ...